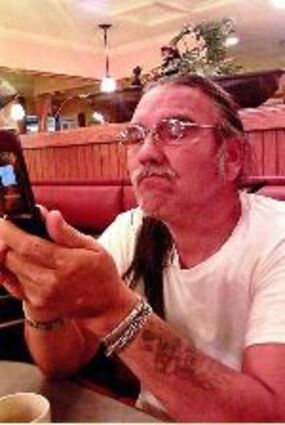 He was born on June 3, 1955 in Washburn, WI the son of Lawrence and Jeanette (Daley) Gordon.

Earl graduated from high school in 1974 and then attended Lac Courte Oreilles Ojibwa Community College in Hayward, WI. He later joined the U.S. Navy and after his discharge, he moved to Minneapolis and worked at Rusty’s Tire Service in North Minneapolis for many years. He was an avid deer hunter and enjoyed Harley Davidson motorcycles and classic cars. He also enjoyed camping and spending time with his dog, Destiny.

He was preceded in death by his parents and brothers Byron Gordon and Lawrence “Puzzy” Gordon.

Mass of Christian Burial for Earl “Mannie” Gordon will be held at 10:00 A.M. on Monday, December 3, 2012 at St. Francis Catholic Church in Red Cliff, WI. Father Kevin Gordon will be the celebrant.

Traditional Native Visitation will be held on Sunday, December 2 beginning at 5:00 P.M. at the Red Cliff Elderly Center.

Interment will be at the new Red Cliff Cemetery in Red Cliff, WI.

Honorary casket bearers will be all of his relatives and friends.

All night wake beginning at 5