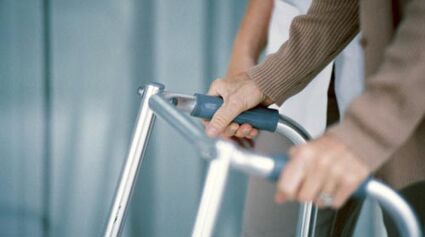 SAN DIEGO--The U.S. population is growing steadily older, and just as the country isn’t prepared for such a large, older population, individuals are overwhelmingly underprepared, according to the speakers at this year’s Gerontological Society of America (GSA) meeting held here earlier this month.

Steven P. Wallace of the Center for Health Policy Research at the University of California, Los Angeles, cut to the chase, stating, “This is the first era in history in wealthy countries where most children born will live to see the age 65.”

Speaking to general press and ethnic media journalists attending the conference, Wallace added, “Last year the first baby boomers — born 1946 — turned age 65, which is the start of what will be a rapid doubling of the elderly population.”

How rapid? America’s elderly population will double to 81 million by the year 2040. And as an 80-year-old retired geriatrician, I see little evidence we are ready for them.

Also addressing the reporters was Robert Harootyan, manager of research at Senior Service America, Inc. He views the way that boomers are adding 72 to 78 million to the U.S. population over the next 18 years as the way a pig passes through a python. (His audience smiled at his terminology, perhaps because they are not yet that old.)

24 Percent of Boomers Have No Savings

Harootyan’s research has found that 60 percent of boomers lack the confidence they will live comfortably even as many of the gerontologists at GSA’s 65th annual meeting dwell on how unsteady the old “three-legged stool of retirement” has become. The original three legs were employer pensions, personal savings and Social Security. But retirement today for those growing exceptionally older may necessitate a fourth leg: working longer.

Harootyan has 40 years of research experience related to aging populations. The most surprising part of his research, he said, is “that 24 percent of the elderly have nothing, nothing, in personal savings!”

I wasn’t surprised that bothered him. I hadn’t realized before this meeting how many gerontologists were also sociologists and political scientists. Their concerns are not necessarily those of economists. They are disturbed by the thought that raising the eligibility age to 67 will give people living in poverty two more years before they get financial assistance for their health care.

To critics who say some older people should surely have saved for their retirement and didn’t, Harootyan replied, “We have heard the comment, ‘Age may not bring wisdom.’ A young fool can become an old fool — but it is what it is, and the poverty level for a single person is just below $11,170 a year!”

Many gerontologists making presentations to the reporters pointed to the confusing and inaccurate stories constantly circulating in the media.

“Communicating the truth about Social Security and Medicare to the public is a task of Sisyphean proportions,“ said Michael Hiltzik, a Pulitzer Prize-winning journalist who has written on public policy for three decades for the Los Angeles Times.

(I wonder if maybe physicians serving elders would consider it easier to roll a boulder up a hill where at the top it always falls back down than practicing geriatrics in the trenches today.)

Now a business columnist for the Times, Hiltzik holds that projections over the next 20 years for Social Security are “nonsense.” You can’t plan that far ahead because you can’t tell what the world will be like in 20 years.

Who 20 years ago could have predicted Google’s arrival, Apple’s success or even the needs of the U.S. Defense Department, he asked. The only way to make an impact on Medicare, he said — ominously for physicians — is to tackle issues outside the program, namely overall health care costs.

Hiltzik, author of The New Deal: A Modern History (Free Press, 2011) believes he sees some improvements there, for example, in less use of nursing homes and less redundancy, but he still believes there is excessive spending in health care.

Physicians need to question economists on that. Indeed, another presenter to the reporters, Elizabeth Isele, co-founder of SeniorEntrepreneurshipWorks.org, said she has a similar comment for journalists and school children: “What questions did you ask today?”

One of the more experienced journalists in the audience, Warren Wolfe, an award-winning staff writer for the Minneapolis Star Tribune and co-founder of the Journalists Network on Generations, spoke out maybe in writers’ defense: “If you think you have the answers, you’re probably wrong!”

We are, however, right in this: We now have 7 billion people living on Earth, a rising proportion of them over the age of 65 — and we’re all going to need help treating them for illness.

Eric Anderson, 80, lives in San Diego and is a former president of the New Hampshire Academy of Family Practice. His commentaries on aging are part of the MetLife Foundation Journalists in Aging Fellows Program organized by the Gerontological Society of America and New America Media. The most recent of his five books is The Man Who Cried Orange: Stories from a Doctor's Life (iUniverse, 2002, available in English and Spanish).