Family Forced to Abandon the US in Order to Be Together 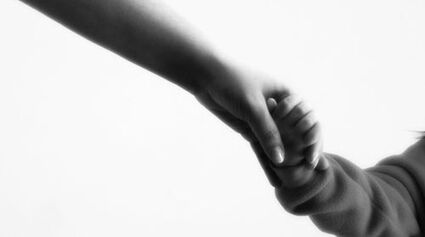 Rodrigo Ortega, 35, lives in Rosarito, Mexico with his American wife and two American-citizen children. A little over a year ago, Ortega was deported. Since then, his wife and kids have relocated to Mexico in order to be with him.

He wishes that his kids, now 3 and 7 years old, could attend school in the U.S. He wanted to continue providing them with the kind of life they were accustomed to in California, complete with hot showers and the occasional hamburger.

“We’re living day to day now,” Ortega explained in a recent interview. “I want to give my kids a better life than this. I can’t even buy them a Whopper because it’s kind of expensive and I can’t afford it.”

Today, he works as a security guard in a Mexican shopping center occupied by American companies like Walmart and Applebee’s, earning roughly $100 for a 72 hour work-week. That breaks down to less than $1.50 per hour.

The Ortega family is one of a growing number of American families who are forced to abandon their lives in the U.S. to stay together. ICE reports that 45,000 parents of American citizen children were deported in the first half of 2012. Human Rights Watch estimates that 1.6 million people in the United States were separated from a deported spouse or parent between 1997 and 2007.

The decision to move wasn’t easy. But after Ortega was sentenced to 18 months in federal prison for the crime of illegally re-entering the United States, the family decided it wasn’t worth it to remain in the United States.

Rodrigo’s wife had never been to Mexico, but he faced a long prison sentence if caught trying to illegally re-enter again. “It’s better for me to be with my kids than to go back to prison,” he said.

Immigration offenses are now the most prosecuted crimes in the federal court system. The Department of Justice reports that between July 2011 and July 2012, 54.7% of all federal criminal prosecutions were for immigration crimes.

The two most prosecuted offenses in federal district courts were for “entry of alien at improper time or place” and “reentry of deported alien.” Nearly 89% of the people prosecuted for these crimes are from Mexico and Central America.

Due to this focus on prosecution of immigration offenses, nearly 30% of all federal prisoners are serving time for immigration crimes -- crimes like re-entering the country after being deported.

Although the crime of illegal reentry is punishable by up to twenty years in prison, many undocumented immigrants risk it because their ties to the U.S. are so strong. The most common reason deportees cite for going back is to reunite with their families.

That’s why Ortega originally tried to cross back. His wife had given birth to his son, and he couldn’t stand to be apart from them. But when he tried to cross, he was caught. By the time he was released from prison for illegal re-entry, Ortega's son was two years old. He met his child for the first time when his wife and children moved to Mexico soon after his release and deportation.

According to Mary Galvan, a social worker at the Casa de Madre Asunta, a shelter that houses deported women and children in Tijuana, harsh penalties for the illegal re-entry will not keep people from trying to return to the U.S.

“The women who are being deported now are not going to stop trying to return to the United States," she said. "In other words, if I’m separated from my children, I’m going to do the impossible to return to them.”

The U.S. government sees it differently.

When asked about the specific goals of prosecuting immigration crimes at such high rates, a spokesperson for the Department of Justice replied, “Federal criminal prosecution resources are focused on the prosecution of individuals who pose a national security or public safety risk, including violent criminals, convicted felons and repeat immigration law offenders.”

The collateral consequences of rising deportation numbers – the American citizen children and spouses who are forced to choose between living in exile or living apart from their loved ones – are not yet fully understood.

Social worker Mary Galvan predicts the situation will become more serious as these children grow up. “Imagine,” she says, “when they grow up and ask ‘why didn’t I grow up by my mother’s side? Because my country took her from me.’ This will become a very serious social problem.”

Beth Caldwell and Joel Medina are part of a reporting team investigating the consequences of U.S. deportation policy in Mexico with support from a Soros Justice Media Fellowship. Their work can be read at http://www.lifeafterdeportation.org.