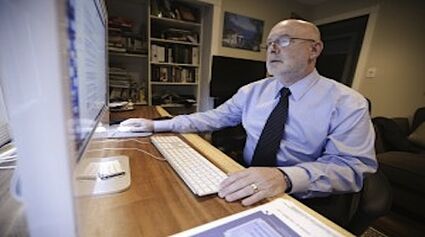 SAN DIEGO--The human longevity bonanza that gives newborns today three decades more of life expectancy than they would have had a century ago appears to have no real stopping point.

Now researchers are trying to determine how U.S. society should change to accommodate so many longer, healthier lifespans, and why one group of white Americans does not seem to be benefiting from the trend.

Published in the August issue of Health Affairs and reported widely in the media, the researchers’ study found that while everybody else is living longer, non-Hispanic white women without high school diplomas have actually lost five years of life expectancy and their male counterparts lost three years.

The MacArthur Foundation Network on Aging in Society, which produced the report, is now pursuing questions arising from this finding — including the stunning impact education has on longevity, for everybody except African American males.

“The idea that subgroups of the population don’t all experience the same longevity has been known for a long time,” said the study’s lead author, S. Jay Olshansky, at the Gerontological Society of America’s recent annual meeting in San Diego.

But until the 15 members of the network attempted to map the U.S. society of the future, no one had looked beyond the three basic divisions of education levels: 12 years of school or less, bachelor’s degree or less, and post-graduate study.

“One of the things we did was break down this 12-and-under subgroup into those that had a high school education and those that didn’t make it that far,” Olshansky said, “and that’s when we saw something we didn’t expect to see.”

Overall, life expectancy has increased from about 47 years at birth in 1900 to more than 78, according to federal health statistics.

Aside from the bad news for the least educated whites and African American males, the study identified a remarkable 10-year gap in life expectancy between the least-educated and most-educated Americans, said Olshansky, a public health professor at the University of Illinois at Chicago. In 1990, he added, that gap was two years wide.

This disparity comes just when biologists are on the verge of learning how to slow the human aging process, he added.

“The argument we are making is that somebody is going to be left behind — and I think we’ve identified who they are,” he said.

“These are not small differences. These are not accidental differences,” he said. “Is there something about education that you can bottle, turn into a drug, and inject everybody with? And why isn’t it as protective for African Americans as it is for non-Hispanic whites?”

The benefit of education for African American males stops at 12 years, he said, and one theory is that young black men in school are safer than they are on the streets. But these men are clearly not beneficiaries of the new longevity: About 40 percent of the least-educated African American males who make it to age 25 will die before they are 65, the study found, as will 22 percent of the most-educated.

For all other groups, the chances of dying by age 65 are only 10 percent.

“It was a little bit shocking,” Olshansky said. “It will be very interesting as we move forward to disentangle why this is happening.”

African American women also present a puzzle when it comes to the link between obesity and education. For all other groups, higher education means lower chances of becoming obese, but “that is absolutely not true for black women,” Olshansky said.

University of Texas biologist Steven N. Austad, commenting on the network’s study, said any inquiry into longevity has to include work on Alzheimer’s disease.

“The good news is that in the last 170 years, life expectancy among the healthiest people in the world has been increasing by six hours a day,” he said. {That’s about three months of added longevity per year.]

“It’s easy to think that’s got to slow down,” Austad continued, “but all the major diseases have dropped substantially in the last 10 years. Only one of the major causes of death has not dropped: Alzheimer’s disease. This is one of the prices we’re paying for extended longevity, and this is emerging as a huge human problem.”

The terminal brain disorder, which robs sufferers of their memories and their very personalities, affects some 5.4 million people in the United States, including more than 450,000 in Florida. With the aging of the baby boomer generation, the national number is projected to climb to 16 million by 2050 — unless progress is made in the search for preventions and cures.

Barbara Peters-Smith wrote this article for the Sarasota Herald-Tribune as a John A. Hartford Foundation Journalists in Aging Fellow, a collaboration of the MetLife Foundation, New America Media and the Gerontological Society of America.