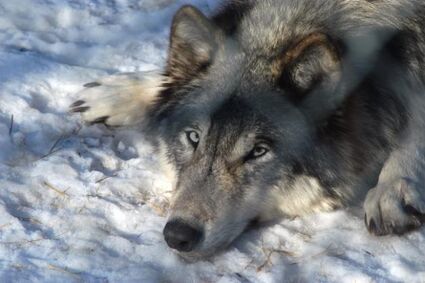 All voices deserve to be heard. Unfortunately, as soon as the wolf was removed from federal protection under the Endangered Species Act in January, lawmakers quickly introduced bills allowing for this year's hunt. Their rush minimized opportunities for Minnesotans to comment in meaningful ways.

The gray wolf's federal protection extended 38 years, and the state's poor handling of the delisting has stirred needless uproar and has come under legal attack. The Humane Society of the United States says it's pursuing legal action to return the wolves to federal protection. One critical issue debated is whether the Legislature ordered the DNR to launch a hunt this year or simply authorized it, which would mean the DNR hastened the process.

Minnesotans deserve answers. The DNR took control of managing the state's wolf population from the U.S. Fish and Wildlife Service after the delisting. The DNR's wolf-management plan had long called for a five-year moratorium on hunting in the event of delisting. But lawmakers removed the moratorium stipulation last year, setting the stage to expedite this year's hunt.

Hunters argue the moratorium was unnecessary because delisting already had been postponed several years as a result of lawsuits by animal-rights groups. They make a strong case that the ability to hunt wolves gives them a stake in ensuring that the population thrives. The DNR says it will take action if the population falls below 1,600.

But the state should have waited until a DNR study of the wolf population was completed next year before considering a wolf-hunting season. The last study was at least five years ago. The DNR insists that this year's hunt wasn't necessary to control the population, which it estimates at 3,000 to 5,000, depending on the time of year.

The DNR is allowing up to 400 wolves to be killed during designated firearms and trapping seasons, but the overall kill totals could be as high as 700 -- about 23 percent of the estimated population -- due to depredation cases and poaching. Outcry over the steel-jawed leghold traps and snares used by trappers should have been heeded. The traps, which must be checked only once a day, indiscriminately catch any animal triggering the devices, often causing suffering that may last for hours.

Once delisting occurred, livestock producers were given rights to shoot or destroy wolves posing an immediate threat. In addition, they receive some compensation from the state for animals killed by wolves. As of last week, more than 260 wolves have been killed this year because of depredation: 214 by federal trappers, 37 by state trappers and 15 by individuals.

A moratorium on hunting would have provided an opportunity to see if the rights given to property owners affected the depredation issue, thus taking away a primary argument for the hunt. Opportunities for citizen input also would have been greater, and the DNR would have had unimpeded time to study the impact of the delisting. A more thoughtful approach is needed, and two studies expected from the DNR will provide useful data to consider.