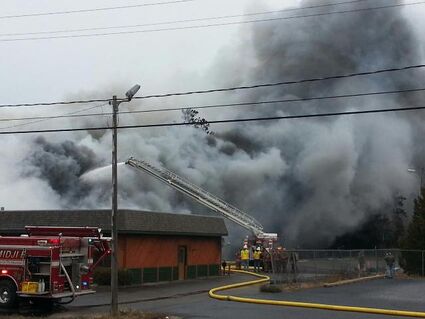 Bemidji Fire Department responded to a fire in a multi-business commercial/residential building Thursday morning in Bemidji. The fire, which was reported at 10:49 AM by numerous passing motorists, was located in the 3400 block of Bemidji Ave North. Bemidji Firefighters arrived on scene to find a large volume of smoke exiting the from the roof area of the business. Firefighters encountered extensive fire inside the structure, however were able to confine the fire to the business of origin. Blackduck and Cass Lake firefighters supplemented the 30 Bemidji firefighters on scene. Three Fire Engines and a Ladder Truck along with a large tracked excavator were used on the scene. The businesses and apartment were unoccupied at the time of the fire. The fire departments were on scene approximately 8 hours. The fire caused an estimated $410,000 in damage to the structure and contents. The cause of the fire is currently under investigation by the Bemidji Fire Department, Minnesota State Fire Marshal’s Office and Bemidji Police Department. 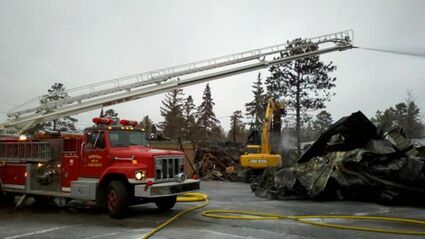