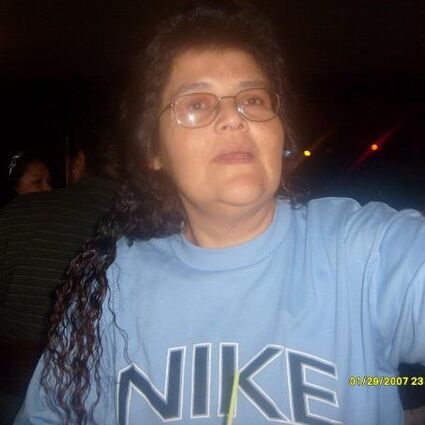 Funeral Services will be 1:00 pm Wednesday, November 21, 2012 at the St. Mary’s Mission Catholic Church in Red Lake with Father Jerry Rogers officiating. A wake will begin Monday at the Red Lake Center and will continue until the time of the services on Wednesday. Interment will be at the St. Mary’s Mission Catholic Church Cemetery in Red Lake under the direction of the Cease Family Funeral Home of Bemidji.

Michelle was born November 2, 1968 in Red Lake, Minnesota, the daughter of Mary Ellen Cook and Duane Fairbanks. She attended St. Mary’s Mission school and Red Lake High School, later receiving her diploma through the GED program. Michelle worked at the Thief River Falls Casino and currently employed as a security guard for the past 14 years at the Red Lake Middle School. Michelle enjoyed going to the casino and playing Keno and Bingo, chatting online with her Facebook peeps, online games, listening to classmate “Jackie Bird” songs, being with her husband Rodney Spears of 29 years, and being surrounded by her families. Mushy enjoyed life, and was very content and was so proud of her family.