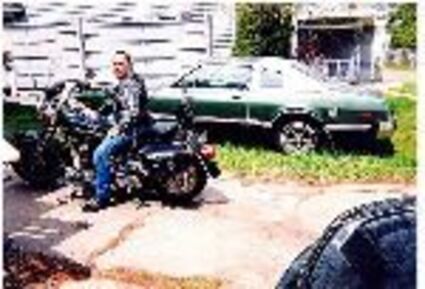 He was born on March 4, 1955 in Sisseton, South Dakota to Ramona Verena (Greeley) Bender and Peter R. Bender Sr.

He moved to Minneapolis and attended iron workers school in Chicago, Illinois.

Pete served his Country in The United States Army from 1977 until 1979, having been stationed in Germany.

Pete was united in marriage to Maria Belschak in April of 1998.

He enjoyed leather working, woodworking, riding his Harley and visiting in Dakota. Pete made a lasting impression on everyone he met!

Special music will be provided by Billy Kohl.

Honorary Casket Bearers will be Pete’s friends and family.

The Chilson Funeral Home in Winsted, Minnesota is serving the family. Online condolences maybe made to http://www.chilsonfuneralhome.com