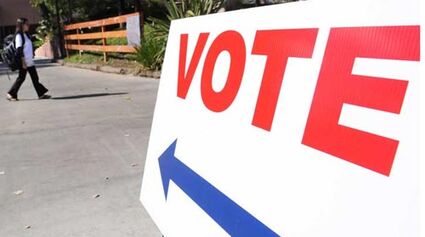 In Tuesday’s general election, youth voter turnout remained at 2008 levels, despite previous polls showing that enthusiasm was down in 2012.

According to national exit polls analyzed by the Center for Information and Research on Civic Learning and Engagement (CIRCLE) at Tufts University, 49.3 percent of people under the age of 30 who are eligible to vote made it to the polls, and that number is expected to be as high as 51 percent by the time all remaining precincts have reported. At this point in 2008, the number was 48.3 percent, and rose to 52 percent after results were in from all precincts. These voters represent 19 percent of the general voting population.

Heather Smith, President of Rock the Vote, said at a press conference Wednesday morning that these numbers “established a fairly decent pattern that this generation is different from their older brothers and sisters … We’re treating this as a beginning, a new normal.”

60 percent of voters under 30 cast a vote for Barack Obama, and 37 percent cast a vote for Mitt Romney. Assuming that Florida is called for the President (as of this printing, Florida is the only state yet to be called, with Obama holding a 0.6 percent lead), the battleground states of Ohio, Pennsylvania, Virginia, and Florida will all go to Obama on the strength of the youth vote, according to CIRCLE Director Peter Levine.

CIRCLE and Rock the Vote say that if younger voters hadn’t shown up to the polls in these states, Romney would be celebrating a victory. In all four states, Obama won over 60 percent of the youth vote. CIRCLE reports that if Romney had carried the support of closer to half of young voters, or if voters in this age group hadn’t come out as strongly for Obama, Romney would have won these states. Ohio, Pennsylvania, Virginia, and Florida account for 80 electoral votes, which would have been enough for Romney to win the presidency.

According to Smith, organizations like Rock the Vote successfully fought back against many states’ voter ID laws concerning student ID cards; Tennessee is the only state that continues to not accept student ID cards at all. She says that the bigger problem has been the confusion caused by the “back and forth” public discussion of these laws.

In Pennsylvania, for example, by the time of the election, the state government had communicated that it would allow poll workers to ask voters for identification, but voters were not legally required to show it. This amounted to “state-implemented” confusion, according to Smith.

There are currently 46 million people between the ages of 18 and 29 in the United States.