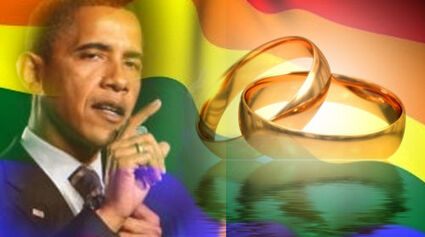 Bill Clinton was running for president against George H.W. Bush. Ross Perot was acting as the third wheel. It was the first presidential campaign I was witnessing and an exciting one. But the person who stopped me in my tracks was a former Nixon speechwriter named Patrick Buchanan. At the Republican National Convention he sounded the clarion call for a cultural war for the “soul of America”.

He laid out the battlefields on which that war would be fought.

Abortion on demand, a litmus test for the Supreme Court, homosexual rights, discrimination against religious schools, women in combat units.

And he made it clear, in his trademark snarl, what he thought of the other side. The Democrats had just had their convention in New York City.

Like many of you last month, I watched that giant masquerade ball up at Madison Square Garden, where 20,000 liberals and radicals came dressed up as moderates and centrists in the greatest single exhibition of cross-dressing in American political history.

Buchanan’s war to save America’s soul has consumed America’s soul over the last two decades. Liberals have been on the defensive, in the political closet about their values. It was just accepted that no matter what you thought about same-sex marriage you couldn’t really say it out loud on the campaign trail. That would be political suicide. You said you were for a woman’s right to choose and then you hoped no one would push you on it in a debate. You called America a country built by immigrants and then prayed you would not actually have to take a stand on immigration reform.

It was not just because Obama won re-election. It’s because Elizabeth Warren, the Harvard professor who took on big banks and rapacious lenders won in Massachusetts. It’s because Todd Akin and Richard Mourdock were trounced because they didn’t realize you could actually have pro-life views that would be considered too extreme even by pro-life voters. It’s because Colorado and Washington state voted to legalize marijuana. It’s because Tammy Baldwin, openly lesbian, defeated a former governor of Wisconsin and a Bush cabinet member to become a senator.

“Ten years ago, when George W. Bush’s storm troopers were going around the country lighting the fires of a lynch mob mentality against gays, lesbians and transgenders, Baldwin had no hope in hell of winning a senate election anywhere in the US,” writes K.P. Nayar in The Telegraph. Warren’s election, he writes, “was proof that ‘liberal’ is not a dirty word in America any longer”.

In 1993 Clinton administration stumbled badly trying to allow lesbians and gays to serve openly in uniform. They came up with the misbegotten compromise of Don’t Ask Don’t Tell. Obama repealed it with scarcely a whimper of protest. That repeal was not even an issue in this campaign.

Did Obama quietly put something in the water that turned the country liberal? Not really.

Actually it was not even about Obama. It was about the Malias and Sashas of America. Obama said his children and their friends were the reason he changed his mind about same-sex marriage.

Sasha and Malia are part of a generation for whom respect for gay marriage is not an act of rebellion, but a homily—a change reflected in four different ballot initiatives.

Same-sex marriage which had been defeated in California twice triumphed this time in four states – Maine, Minnesota, Maryland and Washington.

This is a president who ended “don’t ask, don’t tell”, signed a gay-inclusive hate crimes law, urged voters in the states to vote for marriage equality and wrote a letter to a 10-year-old last week offering her support against bullies who might stigmatize her for having two dads. He’s a president whose administration helped transgender Americans get full protections in employment under existing laws banning discrimination based on gender and made sure his health care law fosters full access and equality for gay and transgender people.

And he was re-elected.

That does not mean conservatism is on the run. But they can’t cry havoc and let slip the usual dogs of war anymore.

Gays were a favourite bogeyman because during the ACT-UP days of the AIDS epidemic they were the quintessential outsiders ambushing the establishment, disrupting meetings, throwing blood and faeces in the face of politicians. The single-minded focus on marriage equality for a decade now has made them very solidly part of the American family. Murdering doctors who provided abortions has backfired badly even among many of those who oppose abortion.

The only old-school bogeyman left for the conservatives is the “illegal immigrant”. At a convention for ethnic media in the USA I remember an immigration activist worrying that the illegal immigrant was going to become the new gay. States like Arizona cracked down ever harsher on immigrants in the hope of energizing their base and it worked. For a while. But now Republicans are discovering their hardline stance against illegal immigration has driven the party into a Catch-22 – they lose their base if they move on immigration reform, they destroy the future of their party if they don’t.

The scorched earth strategy employed by the right’s fire-breathing cultural warriors who have demonised the other as treacherously un-American means they have left their own party with very little wiggle room. The Log Cabin Republicans, the LGBT group that was once a symbol of a big tent GOP, has been reduced to endorsing Mitt Romney by saying that at least he will not spend his time on anti-LGBT legislative attacks. Its programs director Casey Pick wrote: “As we said in our endorsement statement, Mitt Romney is not Rick Santorum.”

(Translation: Romney does not run around saying children would be better off having a father in prison than being raised by lesbian parents unlike his fellow presidential hopeful Santorum.)

The only gay Republicans out there these days are the ones who have been caught with their pants down.

All the most red-blooded conservatives are left with now are the hurricanes which they routinely dub God’s revenge on the decadence of liberals. But now even those hurricanes seem to have abandoned them. Hurricane Sandy, after all, is credited as being the October surprise that helped put Obama back into the White House.