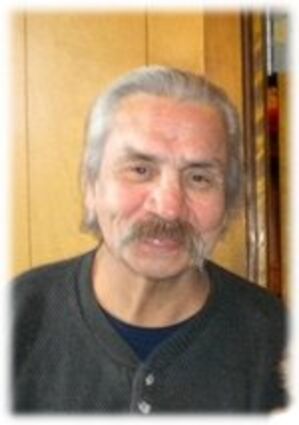 Charles was a Vietnam War Veteran who spent more than 8 years dedicating his life to his country. After coming home to Minnesota, he spent his time hunting and fishing. Charles was a very adventurous and easy going kind of man who loved hearing and telling a "good joke". He enjoyed spending time trying to learn more about his Native-American culture. Charles found great joy in being with his 7 grandchildren as often as he could. And while he had an "out-going" personality he really liked his quiet time too.

Those left behind to cherish his memory are his sons, C.T Taylor-Lyons and Charles Lyons III both of Minneapolis; daughters, Tina Schultz of Savage, MN, Nita Lyons-Sherwood of Apple Valley, MN and Dawn Marie Lyons of Minneapolis; brothers, Walter White of Mandan, ND, John and Darrell Lyons both of Farmington, MN; sisters, Lillian Belcourt-White of Cass Lake, MN and Mary Lyons of Lakeville, MN; seven grandchildren, many other relatives and friends.

He was preceded in death by his wife Donna, parents Charles and Catherine, his son Shane Taylor-Lyons and two other infant sons, brothers Loren, Leonard and Edward Lyons and his sister Catherine .

Arrangements entrusted to Northern Peace Funeral Home of Walker. On-line condolences may be given for the family at http://www.northernpeace.com