On Election Night, Young People Tune In to See Their Impact 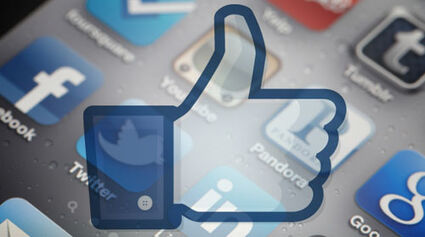 SAN FRANCISCO -- As election results rolled in Tuesday night, young and first-time voters from schools throughout the Bay Area tuned in to see if their activism had made a difference.

Kristensen is registered as a Democrat and donated money to the Obama campaign. When major networks began announcing that Obama had won the presidency, she was at her waitressing job in Marin County.

“For someone to have such a huge impact on our vote and get so many of our votes is huge,” she says. “The Republican Party is in trouble, especially because of the growing Latino community within the United States. If they keep alienating young Latino voters, there’s never going to be another Republican in the Oval Office.”

On the other side of the bridge, the mood was celebratory at a results viewing party held by the University of San Francisco’s McCarthy Center. Snow cones were served, and raffle prizes included cardboard cutouts of the presidential candidates.

“If we get the Romney one, we can hang our clothes on it!” one student said to her roommate as they pooled their raffle tickets.

Mele Perla is an undergraduate student at USF who is registered as an Independent. She worked with the Campus Activities Board to register voters on campus.

“They were counting on us not to vote – I keep hearing that there’s low turnout in our age group,” says Perla. “This is the first election that we can take part in, and I wanted to vote and make sure that all my friends could vote. It’s part of history.”

Perla follows President Obama on Facebook, Twitter, Instagram, and Tumblr. “You can definitely tell from the graphics and the messages that the information is geared toward young people,” she says. For example, by “liking” Obama on Facebook, a user could receive a “Young Americans for Obama” sticker.

USF student Lauryn Gregorio says she was excited to cast her absentee ballot. “My high school youth minister would bring her ballot to our meetings, and we would discuss how she should vote. We were able to talk about different California initiatives, and how the outcomes of the vote would affect things,” she says. “My parents always voted, the adults in my life always voted … Now that we’re in college we have to decide how we’re going to vote and what we believe.”

Like Perla, Gregorio is registered as an Independent, but tends to vote with the Democratic Party on key issues. “I think it’s important to look at each issue, even if I do primarily agree with one side more than the other,” she says.

Some students indicated that being a California voter made them feel as though their votes in the presidential and congressional races didn’t count as much, due to the comfortable lead of Democratic candidates in the state.

Caroline Rosetti, a senior at UC Berkeley, watched the election returns at home with her roommates, away from the crowds at Sproul Plaza. She says that she is more excited about the prospect of voting in the 2016 election. “Just as a young California voter, I think the next presidential election will be more important to me,” says Rosetti. “Obama has had a large lead in California for a long time.”

Avneet Bassi, a USF student who is registered as a Democrat, echoes that sentiment. “Living in California I feel like our votes don’t count as much,” she says.

Bassi volunteered with USF’s Rock the Vote campaign, and she emphasizes the importance of increasing voter turnout among young people. “Politicians tend to concentrate on the older voters. The more college kids vote, the more politicians will prioritize us and our agenda,” she says, mentioning forgiving student loan debt as an example.

Brett Marquette, also a student at USF, says that many young people aren’t aware of how much political power they have. “The population of young people is larger than it’s ever been. I don’t think we know our own power and the effect we could have on the world around us. We could make a big change if we put our minds to it.” Marquette, who is an environmental science major, expressed frustration that the issue of climate change was not mentioned in any of the presidential debates.

Jonna German, a USF freshman, is 17 days away from her 18th birthday.