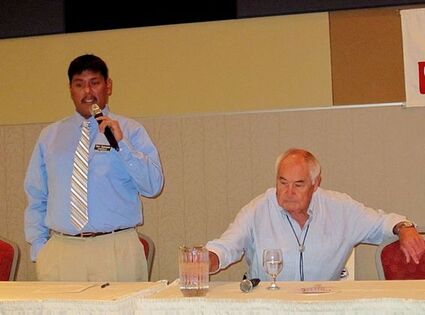 BEMIDJI – In the only contested race in Beltrami County, District 4 Commissioner Quentin Fairbanks lost to challenger Tim Sumner of Redby.

In complete but unofficial results, Sumner had 50.4 percent of the vote, while Fairbanks, who lives in Hines, had 37.3 percent. Write-in votes accounted for 12.2 percent.

Sumner, a private contractor, said during his campaign that the need for more jobs was the top issue for Beltrami County residents, with many young families struggling financially.

Sumner said he wished to see more and better collaboration between Beltrami County and the Red Lake Reservation. 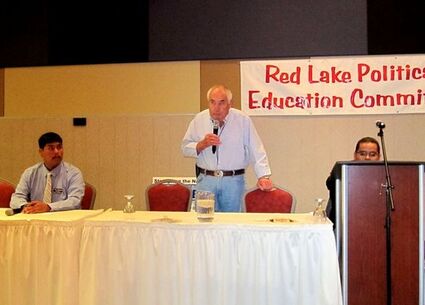 Fairbanks, a retired Minnesota State Patrol trooper and businessman, has served for 12 years. He said during his campaign that he enjoys working for the people of the county and that his main priority was health care for all ages.

He has represented the county on numerous and diverse communities. He is also chairman for the northern tier of counties on the Minnesota Board of Water and Soil Resources and represents the state on the national Rural Partners network.

The election was for a four-year term. Joe Vene and Jim Lucachick ran unopposed for District 2 and 5 county commissioner seats, respectively, also for four-year terms.

Also running unopposed were three candidates for Beltrami County Soil and Water supervisor offices: Rob Knudson in District 2 for a two-year term and Ruth A. Trask in District 3 and Jeff Haack for District 4 for two-year terms.