In Hurricane’s Wake, Ethnic Media Are a Lifeline to Immigrants 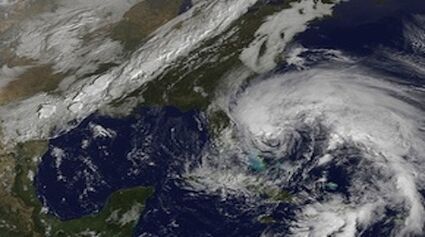 NEW YORK — When the subway, tunnels and bridges were shut down on Monday, leaving no other options for New Yorkers to move in and out of the city, Abu Taher knew that his cell phone was the only link not only to his family and friends, but also to the city’s Bangladeshi community.

Taher, editor and publisher of a Bangladeshi weekly, Bangla Patrika, received calls from Bangladeshis as far away as Atlantic City, N.J. and some parts of Virginia, asking for updates on Hurricane Sandy and seeking advice in case their situation got worse.

“I was thinking about my own family and, at the same time, I had to think about my fellow Bangladeshis who largely depend on us for information,” Taher said, speaking by phone Tuesday from his apartment in Queens. “They never called for money. But the information we’d give is far more important to them in times of natural disasters.”

As Hurricane Sandy bore down on the East Coast, many ethnic media in the tri-state area (New York, New Jersey and Connecticut) served as a lifeline to their respective communities by providing vital information. Without an ability to publish, newspapers translated information and posted it online. Sometimes, the journalists, who are respected community leaders, gave advice over the phone.

“The common advice I told them was to keep cash in their pockets,” said Taher. “Without electricity, they would not be able to use their credit cards to buy food and water.”

Of the estimated 150,000 Bangladeshis in New York and New Jersey, many live on Coney Island, Far Rockaway, N.Y. or Atlantic City –- areas that were severely flooded and damaged by Hurricane Sandy.

Taher said that Bangladeshis would prefer to go to their own community centers, if they needed to evacuate, rather than to the shelters set up by the city. These alternative evacuation shelters, he said, mostly organized by leaders in his community and coordinated by Bangladeshi families, serve the community’s unique needs.

If they are with fellow Bangladeshis, he said, they don’t have to worry about language barriers and religious dietary restrictions—Muslims refrain from eating pork, for instance—as compared to being in evacuation centers supervised by, say, the Red Cross.

“We’re a close-knit community, just like any other immigrant or ethnic communities,” he said. “We turn first to the members of our community.”

In the hours before the tropical cyclone hit the city, ethnic media translated the emergency preparedness information and advisories from local and state officials into relevant languages and posted them on their websites. For those with limited English-language skills, the translations were their only source of disaster information.

Lotus Chau, a reporter for the Chinese-language Sing Tao Daily, saw the sea rising a few yards from the window of her house in Great Neck, a peninsula on the north shore of Long Island.

Despite the rising waters nearby, she was working on her computer with her husband, the paper’s general manager, posting translations of the emergency preparedness information and advisories, because “everything was in English,” she said. For example, through the website, Sing Tao’s readers could find the location of evacuation centers staffed with Chinese-speaking volunteers and evacuation instructions for residents in flood-prone (Zone A) areas.

"I was worried because we live very close to the water," she said in a telephone interview. “But, our Chinese readers -- many of them don’t understand English very well -- need [urgently] the news that we provide.”

Lower Manhattan and Flushing, Queens are the neighborhoods with the largest population of Chinese immigrants in New York City. Subway stations and office buildings in both areas were flooded, with the water level rising up to six inches on Monday night.

“Without the Chinese press in New York…thousands of Chinese and other ethnic groups would have been left scrambling for information, particularly the new immigrants who don’t fully understand [English] when they watch or read the news on television,” said Florence Lee, a volunteer at an evacuation center near Chinatown.

Lee said that most evacuees in Chinatown were elderly immigrants and children who live near the Hudson River on Manhattan’s Lower East Side. The parents of the children, she added, remained in their homes, keeping a watchful eye on their property as they rode out the storm.

According to the National Hurricane Center, Hurricane Sandy impacted about 60 million people in at least 16 states. New York, New Jersey and West Virginia were among the hardest hit states, leaving more than 8 million homes and businesses with no power and an estimated $50 billion in damages.

“When a disaster strikes our country, we like to talk about heroes,” Lee said. “We never heard, though, about ethnic media who work so hard to inform and make sure their communities are safe.”