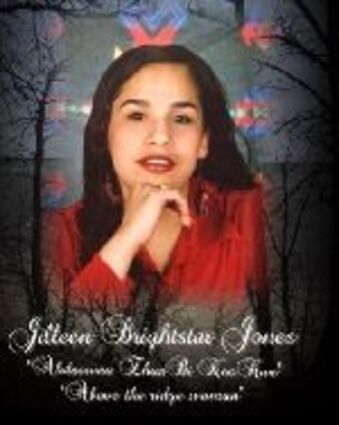 She was born on February 28, 1984 in Robbinsdale, Minnesota the daughter of Edward John Jones and Jacelyn Jean Johannes.

As a child Jilleen liked to dance at Pow Wows.

She had an Associates Degree in Administrative Assistant from Northwest Technical College. She was employed by Red Lake Gaming.

Jilleen had a passion for singing, she loved being with her kids, doing crafts, gardening and spending time with family and friends.

Traditional Funeral services for Jilleen Brightstar Jones will be held on Tuesday, October 30th, 2012 at 10:00 A.M. at The Redby Community Center.

All night wakes will be held on Sunday, October 28th and Monday, October 29th beginning at 7:00 P.M. at The Redby Community Center.