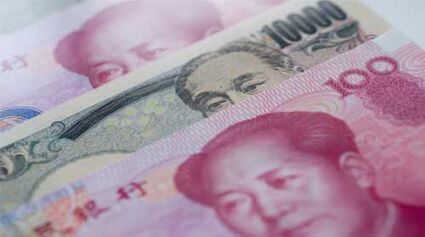 SAN FRANCISCO -- In less than two weeks U.S. voters will decide on who they want at the helm of government over the next four years. For many, that decision will be influenced by which candidate, Barack Obama or Mitt Romney, promises to be tougher on China.

For Chinese media, the question boils down to two issues: jobs and votes.

"China bashing" isn’t new to presidential politics here, notes Zhiyue Chen of the Chinese-language Yazhou Zhoukan (Asia Weekly). Chen stressed that during the years of the Cold War, Russia stood in as the international boogeyman to be "demonized” in the interest of winning votes. With the collapse of the Soviet Union and subsequent rise of China, both parties have now honed in on a new "imaginary enemy."

62 Percent See China as a Threat

A recent poll by the Wall Street Journal and NBC found that 62 percent of registered voters perceive China as a threat, while only 25 percent said they see one of America’s largest trade partners and the world’s number two economy as an ally. Such attitudes explain in part the rhetoric heard on the campaign trail.

Early on, Romney promised that “on day one” of his presidency he would label China a “currency manipulator.” He cited the country’s artificially low yuan as a reason for the continual bleeding of American jobs and a ballooning bilateral trade deficit. Obama has been no less aggressive, touting his administration’s success in increasing exports to China, while stemming an inflow of cheap imports, such as tires.

“We had a tire case in which they were flooding us with cheap … Chinese tires,” Obama noted during Monday night's third presidential debate. He noted the recent tire case the United States brought before the World Trade Organization (WTO): “And we put a stop to it and as a consequence saved jobs throughout America.”

A study by the Petersen Institute, however, showed that while the tariffs imposed as a result of the WTO decision had in fact created some 1,200 jobs in the U.S. tire industry, the cost to American consumers in higher prices equated to roughly $1.1 billion, or $900,000 per added job.

Those facts expose the central issue in this election, one that some say is the reason behind the antagonism toward China. According to China Review News, the uptick in vitriol against Beijing stems from American concerns over "cheap" Chinese labor and its impact on American jobs.” Many voters, the article notes, “don’t care about foreign policy” except in how it helps bring back jobs.

That appears the case in some swing states, such as Ohio, which has seen relatively low unemployment numbers over the last four years, but whose workers are employed in industries increasingly dominated by China, including auto parts.

The Asia Weekly report also took note of a trip by Obama in June to a Toledo auto factory, where he announced that his administration would file a complaint against Beijing for levying $3.3 billion in tariffs against American automobiles.

The article concluded such posturing was aimed purely at wooing undecided voters in states deemed critical to the Nov. 6 election, such as Virginia, Florida, Colorado and Nevada.

Others expect the heat to turn down once the race is decided. Weihua Chen with the China Daily wrote that the candidates took a decidedly friendlier stance toward Beijing in their last debate, both referring to China for the first time as a “partner.”

He continued that as in previous administrations, whoever wins in November will likely stick to the current path of developing bilateral ties.

“Former U.S. presidents Bill Clinton and George W. Bush both talked extremely tough on China during their presidential campaigns,” he writes. “But once elected, they abandoned their campaign rhetoric." He went on, "Thankfully, that will probably be the case after the election.”

However, that may not be entirly accurate, said Cheng Li, director of research at the Brookings Institute’s John L. Thornton China Center.

Speaking to the Chinese-language World Journal, he agreed that much of what the candidates have said on the stump is “campaign rhetoric,” aimed at easing voter anxiety over the economy and waning American influence abroad.

“President Obama and candidate Romney’s language on China is part of a campaign strategy,” he explained." He dimissed such comments as "only campaign language.” Pressing that point, Li noted that during Obama’s first run for the White House in 2008, he painted China as an adversary of the United States, yet, once in office he adopted a more friendly posture.

“President Obama is friendly to China,” Li said. “As the U.S.-China relationship is the most important bilateral relationship in the 21st century, Obama seems to welcome China's rise, and hopes to cooperate with China in many fields, including the economy, the climate, anti-terrorism efforts and security.”

But on Romney, Li is less sanguine.

The former governor, he said, tends to take China as a genuine threat, “especially in the areas of politics, the military and culture.” And while Obama reversed some of his early campaign statements on China after winning in 2008, he added, “I’m not so sure Romney will do the same.”