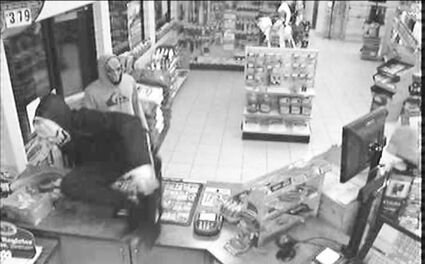 On the evening of Saturday, October 20, 2012, at approximately 8:15 p.m., an employee from the Cenex South Convenience Store, located just south of Bemidji in Bemidji Township, Beltrami County, contacted the Beltrami County Sheriff’s Office regarding two masked individuals who had entered the convenience store and taken money from the two cash registers located behind the counter. 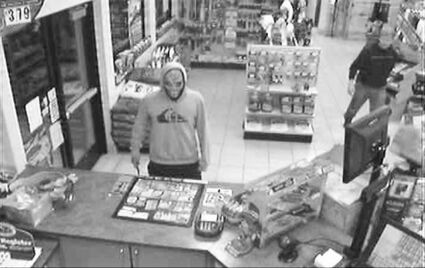 The suspects are described as males- one wearing a grey hoodie sweatshirt with a “Quicksilver” logo and a Star Wars mask with no additional physical description. The second suspect was dressed in dark clothing, with what appears to be a pig face Halloween mask and described as being approximately five feet five inches tall and weighing approximately 150-160 pounds. Both suspects fled on foot and may have used ATV’s to travel away from the store in a southeasterly direction.

The Beltrami County Sheriff’s Office is requesting assistance from Beltrami County citizens to provide information regarding possible names of the two unknown suspects shown in the photographs.

If anyone has any information pertaining to the names and possible whereabouts of the suspects they are asked to contact Investigator Scott Hinners of the Beltrami County Sheriff’s Office at 218-333-9111.