Gold Diggers on the Prowl! 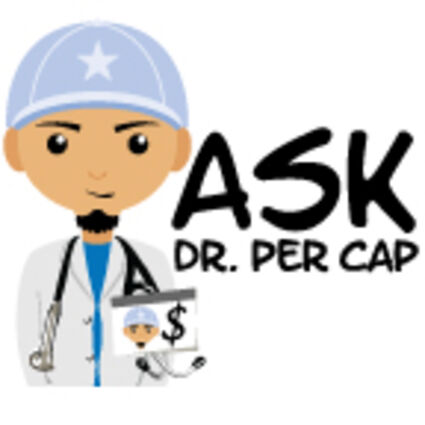 Dear Dr. Per Cap: I’m a member of a tribe that pays a sizeable monthly per cap. Within the last five years the checks have really gone up, and our community is blessed to have this windfall; however, there have been problems, too. Specifically, we are starting to see freeloaders looking to marry tribal members so they can live off their per caps. Even worse, one of these gold diggers has her hooks into my younger brother. It’s so obvious to the family that she is only using him for his money, but he just can’t see it. She quit her job two weeks after they started dating and during the past six months he’s bought her two cars, a diamond necklace, and more clothes than she can fit in her closet! The wedding is only two months away, but how can I make him understand that money can’t buy love? ~ Signed, a Concerned Sister

Wow…..this is a tough one. Let me begin by saying that I feel your pain and unfortunately, you’re not the first person I’ve had express this concern. The sad reality is that money can bring out the vulture in people. Moreover, I’m not even going to try to assess the emotional and psychological aspects of your brother’s relationship because I’m not that kind of doctor. Money ailments are the only thing I’m licensed to treat, and the best remedy I can offer your brother is a legal document called a prenuptial agreement. A prenup is a binding agreement between two future spouses that states exactly how the couple’s assets such as a home, cars, cash, and the Pendleton blanket collection will be divided in the event things don’t work out. And considering the fact that the divorce rate in the United States is just over 50% it’s definitely something to consider. How do you think Donald Trump has managed to hang onto his millions through all of his divorces? What’s also important is that a prenup protects the interests of both parties in a marriage (which is something your brother might want to tell his fiancé if she objects). And to be fair let me also say that women aren’t the only ones digging for gold. I’ve seen plenty of guys on the hunt for a per cap princess too.

Some people have strong feelings about prenuptial agreements, and haven’t we all heard the old saying that true love doesn’t come with conditions? Well maybe so, but I’m thinking the person who came up with that line wasn’t sitting on a pile of cash like your brother. So sit down with him and take a laid back approach. It’s probably best not to tell him all of that stuff about his future wife being a gold digger, because he won’t want to hear it. But you can plant a bug in his ear about the financial risks he faces if the marriage goes south. An attorney can draft up a basic prenuptial agreement for about $1,000. And even though it’s no guarantee that he won’t lose any money in a divorce, it’s a whole lot better than nothing. My guess is this woman will hit the road faster than the Lone Ranger when she’s asked to sign the prenup, and hopefully your brother can cut his losses and move on. But look on the bright side. Maybe she’ll be ok with it too…….yeah, right!

Ask Dr. Per Cap is a program funded by First Nations Development Institute with assistance from the FINRA Investor Education Foundation. For more information, visit http://www.firstnations.org. To send a question to Dr. Per Cap, email askdrpercap@firstnations.org.