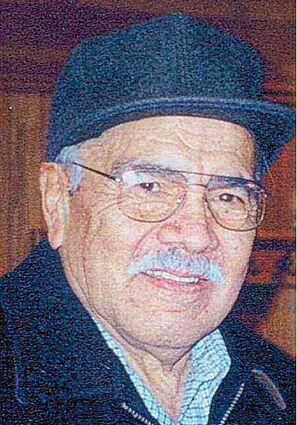 He attended St. Mary's Mission School until the 8th grade.

While growing up on the reservation he was always out in the Woods amongst all of the large pines in Red Lake. He used to say they were very happy times growing up in Red Lake.

He worked in the woods cutting pulp and trapping until he went to work at the Saw Mill in Redby until 1963 when he moved to Minneapolis. He worked various jobs in Minneapolis until his employment at Augsburg College in 1963 to 1992 when he retired.

Services will be at The Minneapolis American Indian Center