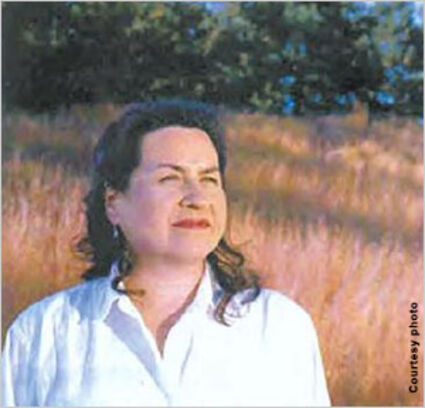 Washington — Like many indigenous languages, Ojibwe is endangered. But some Americans are working to preserve the language and encourage people to learn it.

An associate professor of American studies at the University of Minnesota in Minneapolis, Brenda Child manages the online Ojibwe People’s Dictionary. The interactive resource combines about 30,000 Ojibwe vocabulary entries with 60,000 clips of Ojibwe elders saying words, sentences and paragraphs in their native language. Child is a member of the Red Lake band of Ojibwe of northern Minnesota and grew up hearing the native language spoken in her home.

Ojibwe is one of the most widely spoken Native American languages, with about 200,000 Ojibwe speakers in an area that extends from Minnesota to Michigan, Wisconsin and North Dakota in the United States (gichci-mookomaan-aki in Ojibwe) and across parts of Quebec, Ontario, Manitoba and Saskatchewan in Canada (zhaaganaashiiwaki), Child said.

The idea for the dictionary started with a conversation Child had with colleague John Nichols of the Minnesota Historical Society in St. Paul, Minnesota. For years, Nichols recorded Ojibwe elders telling stories in their native language about their culture.

In 2012, Child and Nichols received a grant from the Minnesota Arts and Cultural Heritage Fund to build the Internet-based dictionary, which includes photographs and excerpts from historical documents in Ojibwe and English. The online version of the dictionary has the advantage of being expandable at any time.

“People believe that linguistic diversity is very important in world knowledge systems because with the loss of languages, so goes knowledge,” Child said, adding that scholars and preservationists want to revitalize native languages and use new technology to engage the public in the effort.

Anton Treuer, an Ojibwe, grew up in northern Minnesota between the Red Lake, Leech Lake and White Earth reservations near Bemidji, known as the first city on the Mississippi River. As a boy, he heard Ojibwe spoken around him but was not interested in learning the language. As an adult, he decided to learn it and went to live around people who only spoke Ojibwe. Today, the professor of Ojibwe language and history at Bemidji State University contributes to the Ojibwe People’s Dictionary.

Treuer says there is a local movement in Bemidji to popularize Ojibwe language and culture.

Bemidji residents Michael Meuers and Rachelle Houle spearhead the Ojibwe Language Project, an effort to get local businesses and public buildings to post signs in Ojibwe and English. They believe that visitors can enhance their time in the city if they have the opportunity to learn basic Ojibwe words like welcome (boozhoo), hello (aaniin), and thank you (miigwech). Today, more than 150 businesses and all public buildings display bilingual signs.

He recalls when he bought tires for his car. The mechanic who assisted him, who is white and had never studied Ojibwe, thanked Treuer for his business using the native language. “We hope that one day ‘Boozhoo’ and ‘miigwech‘ will be as synonymous with Bemidji as ‘Aloha’ is with Hawaii," the Ojibwe Language Project Facebook page states.

“One of the things that makes America great is its ability to tolerate and support linguistic and cultural diversity,” Treuer said. 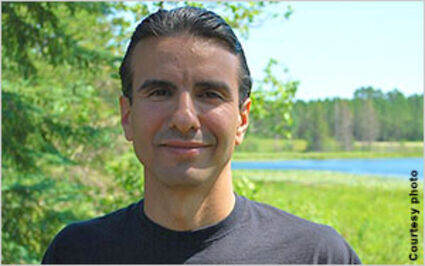 Anton Treuer outside his home in northern Minnesota

Bemidji State University is home to the first collegiate Ojibwe language program in the United States, which started in 1971.

The Ojibwe People’s Dictionary is available on the University of Minnesota website.