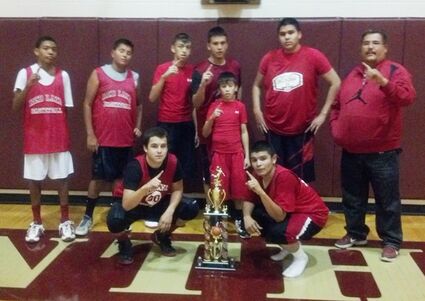 The tournament was sponsored by the Leech Lake Youth Rec department, and the field was made up of teams from around the Leech Lake Reservation and a Jr Hi & Varsity team from Red Lake. The Jr Hi featured a round robin format with Red Lake dropping game #1 to Cass Lake 1 by 4, but bouncing back with a victory over CL 2, 45-16 to advance to Championship for a rematch with CL 1. The Warriors fell behind early but made a nice run at the end behind their press to cut it to 2 points with 45 seconds on the clock, but a turnover on a steal that could've tied it gave Cass Lake the ball back and they hit a big bucket to seal the deal. The Jr Hi team was made up of; Robert McClain, Jr., Will Morrison, Jr., Aaron White, Jamie Cook and Robert Beaulieu, III. 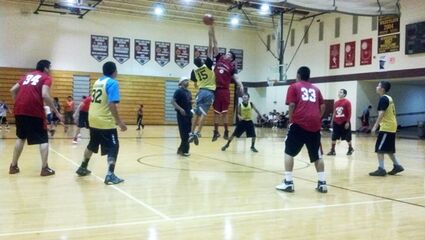 The Varsity action saw Red Lake cruise to an easy victory against a JV team from Ball Club, but then a real test against Cass Lake in a game that Cass Lake had the lead in until the final two minutes before Red Lake made some huge buckets and a 5-point swing on a technical foul, out of Chris Webbers playbook, for a timeout called by Cass Lake who had none. Cass Lake battled back in the double elimination bracket to set up the rematch, but the result was not the same as Red Lake held control of this one throughout and saw some Jr Hi boys get some action late as the Varsity squad was also only 5 players deep and made up of; Ryan Holthusen, Nick Roy, Russell Barrett, Trevenn Beaulieu and Darion Cobenais.