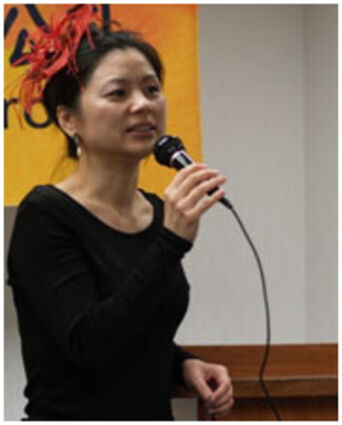 Births in the US have been falling since 2008, reaching a 12-year low last year, according to Bloomberg News. It is also the smallest population gain since World War II.

Early this year, a Pew survey found that more than one-in-five young adults between 18 and 34 have delayed having a kid because of the economic slowdown -- which is approximately the same proportion that postponed marriage.

"The developed world is graying, whether we have babies or not. But if we want to have people to pay for them in the future -- and a reason for families to spend today -- we ought to care about the dearth of little people." a columnist, Derek Thompson, wrote in the Atlantic Magazine.

The family unit is said to be the basic building block of a society. If the family units are destroyed gradually through decline of marriages and new births, inevitably the culture and the economic structure of a society will collapse - a serious crisis that is looming not too far in the future.

However, why would it make sense to get married and have children when one is struggling with finances?

"Getting married has nothing to do with finances," said Hellen Chen, bestselling author, relationship expert and matchmaker extraordinaire, who has been helping men and women to get married, even more so in the last four years of global economic slowdown.

Chen said, "I have married 50 couples so far. There is this idea that career and financial stability should come before marriage. But what I have seen is that after the couple get married, their finances and careers become better. Even for those who think that they could never afford having a baby, they gave birth and finances improved."

To educate more people on the merits of marriage and how it affects financial growth, and to debunk common marriage myths, Chen wrote the book "The Matchmaker of the Century" where she talks about the marriage philosophy of establishment of a family first as a life priority, unlike the common advise of establishing a career first.

Chen launched her book ‘The Matchmaker of the Century’ on Barnes and Noble and striking a chord with readers, it subsequently became a best seller.

Unlike ordinary matchmakers who usually bring together men and women who are looking forward to get married, Chen has brought together numerous men and women who had lost faith in relationships, resistive about love and who had basically given up on the possibility of experiencing a good marriage life.

Chen shares the real-life stories of couples in the Matchmaker of the Century book.

"Help marriages to thrive and one would have helped our nation to grow. It is not a theory. It is a fact." smiled Chen.

More information about the book and Chen's marital concepts can be found on at the site: http://www.MatchmakerOfTheCentury.com