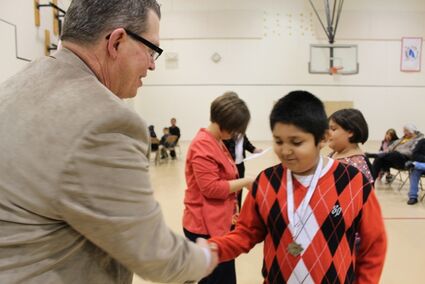 Some students from the Ponemah School were honored at an awards dinner held on Tuesday, October 9, 2012 in Ponemah. Those receiving awards received trophies and medals for their accomplishments.

Keon Dow received another award for exceeding in math.

The above students received trophies for their accomplishments. 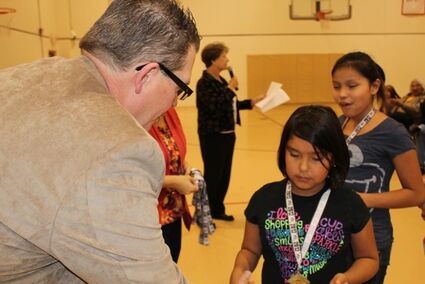 A special thank you went out to the following who make a difference in the lives of students: Parents, Grandparents, Guardians and other adults, the School Board, the Red Lake Tribal Council, Administrators, Teachers, Tutors, Paraprofessionals, Cooks and all Support Staff.