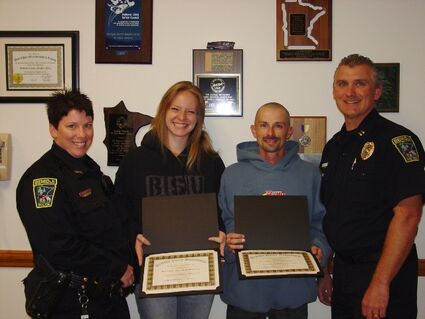 Their actions prevented further assault on the female and helped lead to the quick arrest of the suspect. For their actions, Bemidji Police Department Officer Tabitha Carrigan and Captain James Marcotte, have awarded Honstead and Lemke with Certificates of Commendation for assisting a fellow citizen in need.