Candidate Fair To Be Held at Seven Clans Red Lake 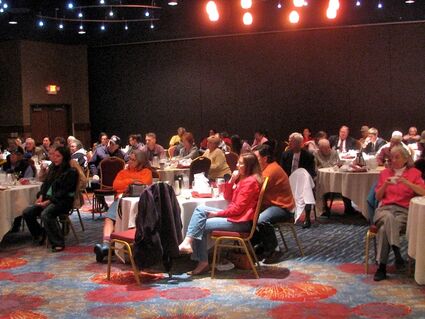 The 2010 Candidate Fair drew over 100 participants

The Red Lake Political Education Committee (RLPEC), a tribal non-profit, and non-partisan organization, will be hosting a Candidate Fair on Wednesday, October 10, 2012 from 5:00 to 9:00 PM. The Fair will be held at the Red Lake Seven Clans Casino and Event Center, located twenty minutes north of Bemidji on Highway #89.

All candidates for local and state-wide office (Senate District 2 and Beltrami County) who would represent the Red Lake Indian Reservation have confirmed. Red Lake Nation (Reservation) alone has over 2900 registered voters.

The event is informal. It begins at 5:00 p.m. with a half hour mixer. Chile, fry bread, and beverages, at no cost or free-will donation, will be provided for attendees.

"Judicial candidates will have about an hour Question and Answer period followed by the County Commissioner candidates with the same time allotment. The four candidates for state offices will share about 90 minutes,", said Red Lake PEC co-chair Michelle Paquin Johnson.

“We hope to draw both Indian and non-Indian participants, from Senate Districts 2, and 5, to share in our Chile and Fry Bread”, said RLPEC co-chair Gary Fuller with a smile. “We expect local and tribal elected officials, political activists, and interested voters seeking information about candidates just prior to the Minnesota general election. We expect this to be very informal and fun,” he said. 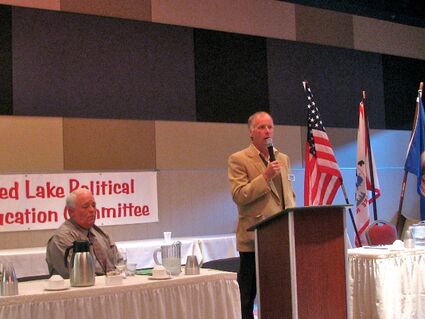