Tito Ybarra’s Medicine Is his Comedy 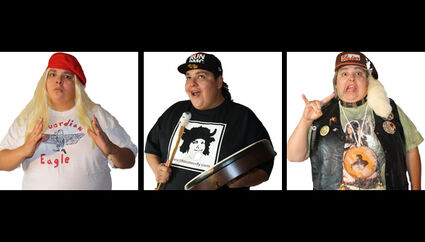 “I’ve always been a funny person, real quick witted,” says comedian Tito Ybarra. “My dad was a goofy guy, the life of the party; I got his genes, I guess.”

Tito Ybarra, who is Red Lake Band of Ojibwa and lives on the reservation, is a natural born comedian in the tradition of his heroes Martin Lawrence and Chris Farley; his expressions and body language cajole you into smiling before he even opens his mouth. He has generated a fan base from posting his videos on YouTube, along with guesting on some of The 1491s comedy videos, doing his standup act, and taking his comedy on the powwow trail, where he got his start doing clown dances and working with his comedy group, The Powwow Friends.

“Martin Lawrence was a big influence, because I grew up watching his TV show and he had all kinds of different characters; they just cracked me up,” Ybarra says. “I was raised in the inner city, so I saw that style of humor every day and I saw what he was joking about. He’s where I get all that physical stuff.”

Ybarra’s first standup gig was at Haskell. He was there with his drum group, The Red Light Singers, and the comedian who was booked for that night missed his plane. The organizer had seen Tito’s videos on the web, so he asked him if he could fill in.

“I never did it before, and also I was at a point in my life where I needed to quit doubting myself, so I just told him ‘Yeah, man, I can do it,’” Ybarra says. He posted it on the internet and got a lot more hits than he imagined. “I wasn’t expecting to get much of a response, but at the same time I had lost my job, man. I needed something where I could make some money, and I was on the powwow trail all summer. We were going to do some skits and I had this idea to make a video with all my clown dance characters, so I took a couple of my friends with me, Dino Downwind and Kevin Kingbird, and that’s when we started The Powwow Friends.”

The Powwow Friends had success with their DVD, which is long out of print. They are planning to make a new DVD in the near future, but at the moment Ybarra is concentrating on his standup act, and will be releasing his own DVD, Low Rez Solution, on November 16. He says that while his base will always be the Native American community, he is interested in expanding his audience.

“When I first started this I thought, ‘I’m going to be a Native comedian,’ but I limited myself,” Ybarra says. “Honestly, I could make both worlds laugh, if you want to put it that way. I swear, you put me in front of an African-American crowd, and I’ll crack them up.”

For all of Ybarra’s slapstick humor, the basis can have some tragic roots, like his recurring character “Way Too Personal Internet Hand Drum Dude,” who “sings” “songs” with a hand drum on his webcam, but ends up rambling on about his dysfunctional, co-dependent relationship with his girlfriend — who keeps having him thrown in jail. Ybarra talks about how humor is a way to work through some of the dark realities of life. “I had some bad experiences as a young man growing up, and this is how I learned to deal with it,” Ybarra says. “Now I can look back at it and laugh, instead of allowing it to dictating how the rest of my life goes. Some of the worst stories in my family are things that we laugh about today, and these are real sad things that happened, you know what I mean? I think that’s why they say laughter is the best medicine, because we heal from it by laughing and not letting it take us over too much.” 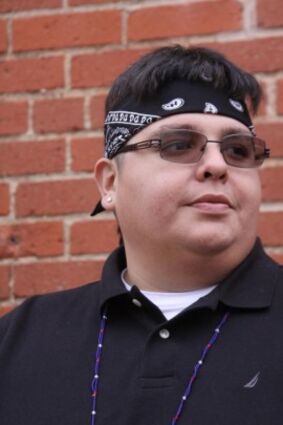 Ybarra has dealt with criticism for the subject matter he chooses to lampoon; one Indian woman criticized him for joking about beer to a Native audience. “I’m using something I’m good at to better my life, which not only helps other people, but it’s also helped me to heal myself, my issues and stuff, in the past. It’s okay for non-Native American comedians to do this, to joke about whatever, but when the Indian boy wants to do it, it’s like ‘You’re not supposed to be doing it.’ Why not? I will say whatever to get a laugh; that’s what I do, and I’ve always been good at it, I’ve always been a class clown. A lot of people say that’s not a good way to deal with problems or anything like that, but it got me through some pretty tough situations, you know?”

To see Ybarra’s work and for news on his upcoming DVD, visit TitoYbarraComedy.com or check out the YouTube channels TitoComedy (his new stuff) The Powwow Friends (his older stuff).