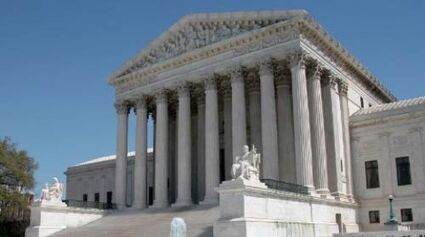 Editor’s Note: On October 10 the U.S. Supreme Court will hear Fisher v. University of Texas, a case that could upend affirmative action policies nationwide. The plaintiff, Abigail Fisher, is suing the state over her rejection for admission into the University of Texas, which considers race in allotting a percentage of available seats after the top 10 percent of high school seniors are admitted. Fisher, who is white, did not place in the top 10 percent. She contends the race-based portion of the institution’s admission policy is a violation of her constitutional rights. Veteran education reporter Scott Jaschik spoke with New America Media’s Khalil Abdullah on the potential ramifications of the hearing and what it could mean for minority college students across the country. Jaschik was the editor of the Chronicle of Higher Education from 1999 to 2003 before co-founding Inside Higher Ed, where he now serves as editor.

New America Media: How will this decision affect college admissions policies throughout the country?

Scott Jaschik: I think this will have a large impact in different ways. There are places like the University of Texas, other flagship universities and also elite private universities that consider race in admissions. These institutions are very hard to get into, places that typically make their admissions decisions based – in large part – on test scores and course grades. On average -- and it’s very important to say on average because there are exceptions to this -- if they eliminated the consideration of race, most of these institutions would admit fewer black, Latino, and Native American students. Many of them might see an increase in Asian-American students. In fact, when affirmative action was eliminated in California, there were initial spikes in Asian-American enrollments more so than white enrolments.

So, first of all, the decision will be important for the highly competitive admission institutions, but it [may have] other impacts. It could well affect the way many colleges, and not just the elite institutions, administer financial aid or how their summer programs operate.

NAM: Could you give an example of how a financial aid formula might be affected?

Jaschik: Scholarships that are based on income level are race-neutral and wouldn’t be affected, but some campuses have scholarships in which race and ethnicity are considered for certain awards, and you also have some summer programs and outreach programs that use race as a criteria.

NAM: How else could a ruling upholding the suit change a school’s demographics?

Jaschik: There were very interesting briefs filed with the Supreme Court by community colleges, for example. At first glance, you would say, community colleges are open admissions, so why would they be concerned? But community colleges want some of their students to transfer into flagship universities. In that process, race and ethnicity are sometimes considered ... If affirmative action is radically scaled back, some [non-flagship] institutions might see an increase in black and Latino students. The impact of the court’s decision could really be quite broad, but we don’t know what the court will do.

NAM: What’s your sense of where court is headed?

Jaschik: Most experts think the current court isn’t generally sympathetic to affirmative action. The court could scale affirmative back partially or fully. You really don’t know until the decision comes out. Even then, if it’s a decision that drives a major change in current policies and the colleges start to adjust accordingly, there will probably be more lawsuits and court decisions. I think the ramifications of this decision could be quite dramatic over a period of time.

NAM: What is some of the possible fallout given the court’s timing in hearing this case?

Jaschik: Because this case is going to be argued in October, in the middle of a presidential election … you’ll see a lot of campus debates. Generally when affirmative action becomes a hot issue, it can create difficulties for minority students on campuses who feel that people are raising questions about whether they are welcomed there or not, or whether they deserve to be there or not. If the court rules against Texas, anyone who has been admitted [under the current policy] wouldn’t be kicked out, and remember that not all of the minority students on that campus were admitted under affirmative action criteria. But it could be a very difficult time for people who are already on campuses.

NAM: With Justice Kagan recused from this case, what’s your read on the eight justices who will be voting?

Jaschik: A tie vote would mean that the University of Texas wins, but a tie doesn’t have the same precedential value as a majority five-three decision. Likely to back Texas would be Justices Ginsberg, Breyer, and Sotomayor. I think these three are fairly safe predictions. As the court’s health care decision shows, you can never be sure what’s going to happen. Nobody expected Justice Roberts to be the savior of Obama’s health care. So you don’t want to say you can be sure, but if you look at what the justices have written in the past, the remaining justices are skeptical of affirmative action. Sometimes people vote for what they’re skeptical of, but one of those five would have to change for Texas to win [by getting a four-four vote].

NAM: California and Florida are among the states with policies guaranteeing admission to high school students in the top-percentage of their class. Can you share some thoughts about Texas’ Top 10 Percent (TTP) admissions policy?

Jaschik: Texas has a fairly highly segregated system of high schools. [The state] knows, with a TTP, there are a number of high schools that are overwhelmingly black, so it will get some African-American students. It knows it has high schools that are almost all Latino, so some Latino students will get in. Now, obviously Texas [is] not de jure segregated like before Brown v. Board of Education, [it’s] de facto segregated. The question a lot of people have is whether this is the best way forward for American society.

A key criticism of the top TTP plan is that it doesn’t encourage high school districts to improve. They know the top 10 percent is getting in, whether they offer AP courses or not; whether they offer advanced calculus or not. Historically, one way in which flagship universities can promote quality education in a state is by having certain admissions standards. A TTP policy sort of takes them away from that.

NAM: If Texas loses the suit, what might be some short-term outcomes?

Jaschik: State universities would have to look to other approaches if they wanted to get a decent number of minority students. Some advocates of race neutral policies urge using economic status as an alternative. You could give a preference to a low-income student. This would still be legal if the Supreme Court said you couldn’t do affirmative action admissions. You’d get some black and Latino students and the benefit would also go to low-income white and Asian students. But I think most colleges would say that this approach and others would not add up to the level of diversity they have now.