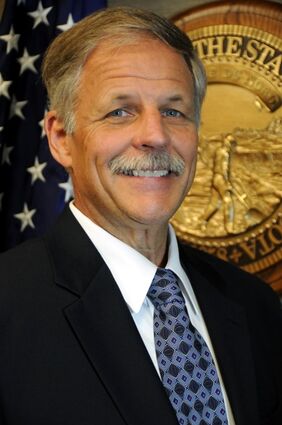 St. Paul – Ron Solheid will succeed Richard Crawford as deputy commissioner of the Community Services Division for the Minnesota Department of Corrections (DOC). Solheid was most recently the director of community support and administrative services.

“I greatly appreciate the opportunity Commissioner Roy has given me to serve in this role for the department,” said Solheid. “I am confident in the abilities of our employees in the community services division as we work toward our mission of reducing recidivism through effective community supervision. Our employees are our most important asset and I will support them with a safety-conscious work environment.”

Solheid began his career in corrections as a detention deputy with Hennepin County in 1984. He came to the DOC in 1988 as a detention facilities inspector and was promoted to senior inspector in 1995. In 1997, he became a Sentencing to Service regional supervisor.

From 1998 to 2006, he was a program manager for the work release and Institution/ Community Work Crew (ICWC) Affordable Homes Program. In this role, he oversaw the construction of over 300 new affordable homes, construction of 30 units of supportive housing and the repair and remodeling of over 200 existing substandard homes statewide. Inmates participating in the program learned construction skills as they transitioned from prison back into the community.

Since 2006, his responsibilities increased to include central region probation and supervised release, and in 2011 he was promoted to the director of community support and administrative services, overseeing work release and ICWC programs, the grants and subsidies unit and the inspection and enforcement unit.

“Ron is an excellent person to fill this important role; he has broad experience across corrections and a solid relationship with the counties. He fully understands community corrections and has a strong knowledge of inspections, working with sheriffs and reentry from facilities.”

Solheid was elected to vice president of the Minnesota Corrections Association in 2007, and president in 2009.