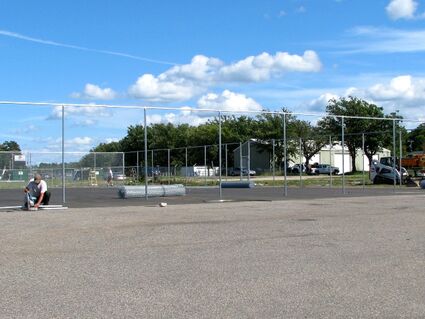 The newly rebuilt basketball courts at Red Lake are nearly finished and are expected to be complete by the end of August, about the same times at the grand opening ceremony for the Red Lake Skate Park on August 29, 2012. This will be the entrance to the courts