By Elvia Walkingstick
Cherokee One Feather 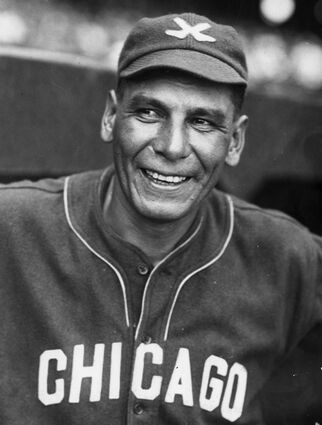 Charles Albert Bender was an Ojibwe born on May 5, 1883 on the White Earth Chippewa Indian Reservation in Brainerd, Minn. The fourth of 12 children, Charles was born to a half-Ojibwe mother, Mary Razor, and a German-American father, Albert Bliss Bender.

Charles was referred to various names including Charles, Albert and Chief but he always signed autographs as “Charley”.

After attending Carlisle Indian School in Carlisle, Pennsylvania and Dickinson College, also in Carlisle, Bender pitched for the semi-pro Harrisburg Athletic Club where he was discovered by Jesse Frisinger, the Philadelphia Athletics’ scout. He signed a $1,800-a-year contract with Connie Mack, legendary manager, who launched his 16 year career in the major leagues. Bender spent 12 years as a member of the A’s early 1900’s lineup that included Rube Waddell, Eddie Plank and Jack Coombs.

At the age of 19, in his debut game against the New York Highlanders, Bender threw a four-hit shutout. This was the first of his 17 game wins during his rookie year. During the span of his career, Bender went 212-127. He pitched nine complete games in the World Series and became the first to pitch three complete games in a single World Series. Bender won three World Series titles with the A’s and posted the best winning percentage in the American League in three separate seasons. His lifetime ERA was 2.46.

Charles Bender threw, what many have said, one of the best fastballs of his era, but he is known for his slider. In fact, The National Baseball Hall of Fame credits Bender with inventing the slider, a pitch that breaks laterally and down. It’s essentially a curveball with extra speed that tends to throw off a batters timing.

Bender entered into baseball at a time in which African Americans were banned from playing organized baseball. Though Native players were not banned they did play in a time of extreme political incorrectness in which society, as a whole, rarely recognized in a respectful manner his Native American heritage.

Instead, he was stereotyped, along with the other Native players in the league, and expected to fit the Hollywood Western ideas of the cowboy and Indian days. He was often referred to as “chief”, a nickname Bender was never fond of. The prejudices he and the other Native players encountered included trite war cries and innumerable racial slurs, among other things. 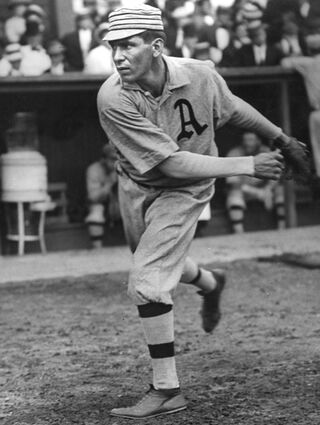 Although he took great pride in is Ojibwe background, Bender felt the need to address the issue. In a statement made to the press after his 1905 World Series shutout, he said, “I do not want my name presented to the public as an Indian, but as a baseball pitcher.”

The great pitching reputation Bender earned during his career was trumped by the reputation he earned as a level-headed and consistent player. He was not daunted in extreme pressure situations.

Connie Mack once said, “If I had all the men I’ve ever handled and they were in their prime and there was one game I wanted to win above all others, Albert would be my man.”