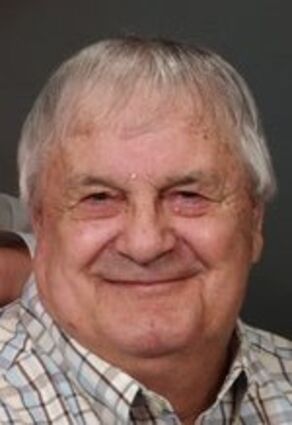 Arnold was born November 6, 1932 on the Red Lake Reservation to George and Eleanor (Workman) Pemberton where he and his brothers and sisters were raised. He attended schools in the Red Lake area where he participated and excelled in baseball and basketball. He graduated from the Red Lake High School in 1950. He was united in marriage to Alberta Louise Smith on November 22, 1951. He along with his wife, Alberta, raised 10 children. Known to many as “Shiekie”, he was a loving caring man always willing to help others. Shiekie always said, “Be thankful for what you have and treat people the way you want to be treated.” Shiekie always encouraged his children and grandchildren to work hard for what you want out of life and things will work out, and also to participate in all family gatherings at his home. Shiekie worked many jobs in and around the Red Lake Reservation most notably for the Red Lake Fisheries, hauling ice to the Ponemah area fishermen and hauling their daily catch to the fisheries in Redby; a truck driver for the Saw Mill in Redby and as a logger-forming Pemberton Logging and Sons. Shiekie served on the Red Lake School Board of Education from 1973 to the present, Redby Post Office Board of Directors since 1980 and as an officer for the Bemidji Bowling Association. Shiekie’s hobbies included: bowling, hunting, fishing, gardening, bird feeding, playing Mr. Griswold during the Christmas holiday, watching NCIS, CSI and Lawrence Welk and enjoying company. He was also known for his smoked fish and scalloped potatoes.

He also was extraordinary craftsman and built ‘wishing wells’ along with other wooden crafts. He always enjoyed the company of his family and friends.