Sargent had ‘that athletic magic’ 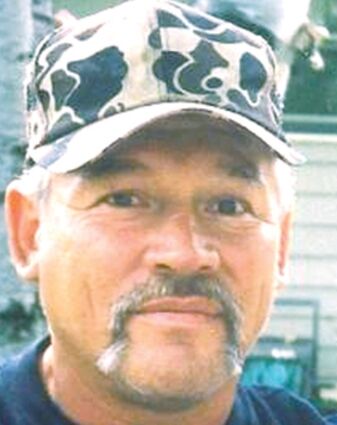 Among their teammates was Earl Sargent, a hard-throwing and hard-nosed player who earned the respect of his teammates and his opponents because of his talent and will to win.

In the opening game of the 1973 state baseball tournament, Sargent tossed a no-hitter to lead BHS past Glencoe 1-0. Sargent also drove in the game’s only run.

Sargent played first base in the second game but was injured when he was kneed in the thigh by a Park Center base runner. That injury sidelined him the rest of that game and also kept him off the mound for the state championship game against Winona.

Another eventual Hall of Famer, Andy Kannenberg, pitched those final two games and defeated Park Center and Winona with four-hitters. In the championship contest the Jacks posted a 3-1 victory.

Buckanaga was behind the plate for every game of that 18-4 season and most of the games from 1971 through 1974. During his high school and college career with the Minnesota Gophers he had the opportunity to catch many quality pitchers.

“I caught many guys who went on to play professional baseball and even some who went on to the major leagues and Earl was as good as any of them,” Buckanaga said. “Earl had more pitches than I had fingers and he had command of all of them.”

Sargent was 57 when he died Saturday, apparently of a heart attack at his home in Red Lake, but the memories of him dominating an opposing lineup on the mound will live forever.

“Earl had that athletic magic,” Grimm said. “I was a year behind him in school and I was in awe of him.

“It’s tough to prove but many people who know and understand Lumberjacks baseball would say that Earl was the best pitcher to come out of Bemidji,” Grimm continued. “And that says something because the program has had Bryan Hickerson, Andy Kannenberg, Bob ‘Doc’ Johnson and some other fantastic pitchers.”

Sargent was a top class pitcher, but he’s also remembered for prowess on the hockey rink.

“Earl was competitive in everything he did, whether it was baseball, football, hockey or anything else,” Buckanaga said. “Once he came to the field he was only concerned about winning.”

That never-lose attitude propelled Sargent to the professional hockey ranks.

“Earl was great in anything that he did but hockey was his first love and he pursued that,” Buckanaga said. “Earl played hockey all over the place.”

Following high school Sargent played two years of junior hockey for the Fargo-Moorhead Sugar Kings and was selected to play on the U.S. National team that competed in Leningrad, Russia.

Sargent, who was a winger, also played one year each in the minor hockey leagues for the Minnesota North Stars and the Detroit Red Wings. He also played hockey in San Diego, Albuquerque and Johnstown, Pa.

Bemidji advanced to the state high school hockey tournament while Sargent was a junior and a senior. His BHS resume also includes four trips to the state baseball tournament.

“I remember how much fun it was to catch Earl,” Buckanaga said. “All I had to do was put the finger down and he would do the rest. It was a blast to catch someone who could dominate a game like Earl did. Earl was the guy you wanted on the mound or at the plate when the game was on the line.

“Nobody expected this to happen,” Buckanaga said of Sargent’s death. “Something like this makes you appreciate every day.”

Graveside services for Sargent will be 1 p.m. today at Redby Episcopal Church Cemetery.