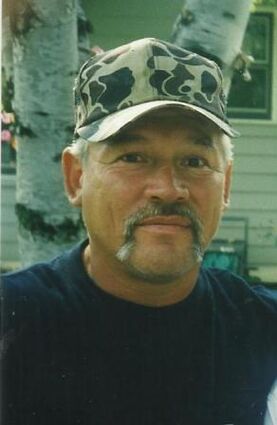 Earl Francis Sargent Jr., age 57, died in his sleep on Saturday, August 4, 2012 at his residence in Redby, Minnesota.

He was born on February 1, 1955 to Earl & Rose Smith Sargent in Cass Lake, Minnesota.

Earl lived his early years in Warroad, Minnesota and in 1965 moved to Bemidji, Minnesota.

He graduated from Bemidji High School in 1973. Earl excelled in high school sports for Bemidji High School and lettered in football, hockey and baseball. He was a pitcher for the Lumberjacks baseball team that won the State Tournament in 1973 with Earl throwing a no hitter in the first game of the tournament. Earl pursued his hockey career after high school by playing two years of junior hockey for The Fargo/Moorhead Sugar Kings where he was selected to play on The U.S. National Hockey team in Leningrad, Russia. Earl also played one year each in the minor hockey leagues for The Minnesota North Stars and The Detroit Red Wings. He played with teams in San Diego, Albuquerque and Johnstown, Pennsylvania.

He was preceded in death by his parents, grandparents George Sargent and Sophia Lorenson; George and Josephine Smith; and numerous aunts, uncles and cousins.

An all night wake will be held on Wednesday, August 8th beginning at 10:00 A.M. at The Red Lake Community Center in Red Lake.

In lieu of flowers, memorials are preferred to the family.