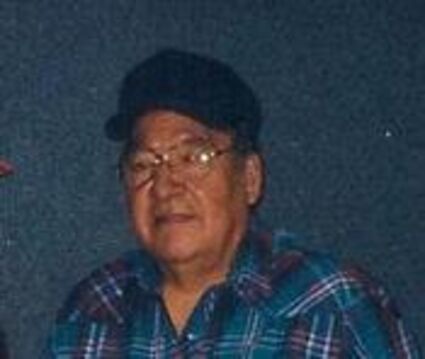 Funeral services will be at 2:00 pm, Tuesday, July 10, 2012 at the St. Antipas Episcopal Church in Redby with Fr. Johnson Loud, Fr. George Ross and Fr. Tim Brown officiating. A wake will begin at 3:00 pm on Sunday, July 8, 2012 at the Redby Community Center and go until the time of service on Tuesday. Interment will be at the St. Antipas Episcopal Cemetery in Redby, MN under the direction of the Cease Family Funeral Home of Bemidji.

He was born December 20, 1934 in Red Lake, MN the son of Joseph and Cecelia (Loud) Brown. After he graduated high school he joined the US Army where he was honorably discharged. He worked in Minneapolis and Chicago before returning home where he worked at the Red Lake Saw Mill until his retirement. He enjoyed going to basketball games, the casino, pow wows, going to family dinners, going for rides with his nieces and nephews. He loved being with his family; especially his nieces and nephews.

He is survived by his brother Clarence “Bunny” (Mary) Brown; sister Winnifred Juarez and several nieces and nephews.

He was preceded in death by his parents, brothers Elmer, McKinley and Myron and sisters Charlotte and Hazel.