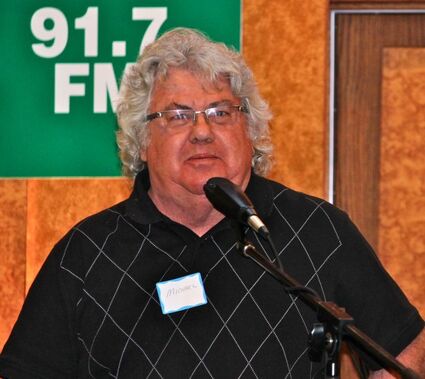 Ojibwe/English signage is now being displayed at 150 businesses, a new record for the Ojibwe Language Project.

Most recently to sign up are Beltrami Electric Cooperative in Bemidji, Minnesota, First National Bank of Bemidji, and North Country Dental in Cloquet, Minnesota.

“It’s wonderful to have the smaller businesses sign on,” said Michael Meuers, who has spearheaded this effort as part of Shared Vision’s subcommittee on Cultural Understanding with Rachelle Houle. “In fact that is the bulk of the 150 sites, but it’s very nice to get large organizations such as Beltrami Electric and First National Bank to sign on because it demonstrates the permanence of the project. Hopefully this will encourage more businesses to add bilingual signage…not only in Bemidji… but throughout northern Minnesota. We had hoped that eventually the idea would take on a life of its’ own, it has and it’s exciting.”

Houle said calls and emails are starting to come in from other areas and Ojibwe reservations that are interested in starting up language efforts in their communities.

Bemidji’s Ojibwe Language Project has received national recognition. It was one of This Week From Indian Country Today’s cover stories last year, and has been featured in many state-wide publications and radio.

Ojibwe author Anton Treuer, a professor at Bemidji State University, even highlights the project in his latest book, Everything You Wanted to Know About Indians But Were Afraid to Ask. Treuer recognizes the effort as significant in Ojibwe language and cultural revitalization, and as an effort to help reduce racism. Last year the project’s advocates were recognized by the United Way as volunteers of the year. 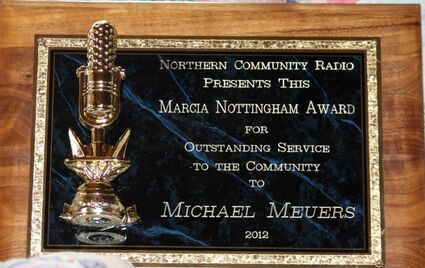 “Michael has worked diligently to bring Ojibwe language signs to Bemidji,” said a press release from KAXE. “Nearly 150 businesses and institutions now have Ojibwe welcome signs in their business.”

“We hope that one day Boozhoo and Miigwech will be as synonymous with Bemidji as Aloha is with Hawaii,” Meuers said.

“We want to sincerely thank each and every one of the businesses and organizations that are helping to make the Ojibwe Signage Project a success and in so doing, making Bemidji a better place to live,” said Houle. “You are the heart of the success, we couldn’t have done it without you.”