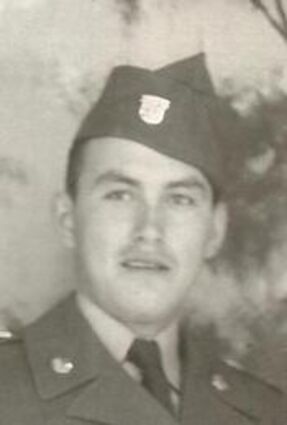 Herbie was born April 6, 1931 in Onigum to John and Eva (Hurd) Mountain. He attended school in Walker through the eighth grade and then worked various jobs to help support himself and his family. He enlisted in the U.S. Army and served from 1953 – 1965 which included three years in the Army National Guard Reserves. Herb wore many different “employment” hats during his working years but always had a special passion for auto mechanics and bodywork. He also worked in the woods as a logger in the Park Rapids area, was a tribal policeman for the Red Lake Reservation, an iron worker in Chicago, and worked as a groundskeeper at Lakewood Cemetery in Minneapolis. Prior to retirement Herb was employed at the Palace Casino in their custodial/maintenance department and was well thought of and honored for his service. With his granddaughter Billie’s assistance he was able to live at the Nymore Evergreen Acres in Bemidji until returning to Onigum due to poor health, where he lived and was cared for by his daughter Shirley. In his spare time Herb enjoyed fixing and doing bodywork on cars. He was very practical and frugal and was careful to never waste anything. He always had a great story to tell and will be remembered for his hard work ethic, and for his great sense of humor. Herb was loving, caring, and kind to all and will be missed.

Funeral services will be held Tuesday, July 3, 2012 at 11:00 A.M. at the Onigum Community Center with Fr. Paul Larson officiating. Interment will follow the service at the Old Agency Catholic Cemetery with military honors provided by the Leech Lake Honor Guard. The wake will begin Sunday, July 1 at 7:00 P.M. at the Onigum Community Center and run until time of service.