Census Bureau: The Fourth of July 2012 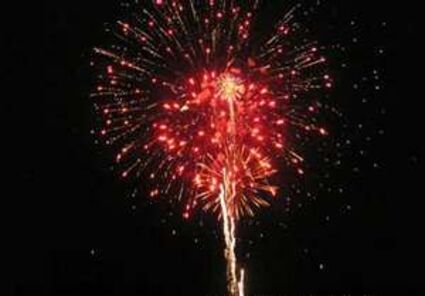 On this day in 1776, the Declaration of Independence was approved by the Continental Congress, setting the 13 colonies on the road to freedom as a sovereign nation. As always, this most American of holidays will be marked by parades, fireworks and backyard barbecues across the country.

In July 1776, the estimated number of people living in the newly independent nation.

Source: "Historical Statistics of the United States: Colonial Times to 1970"

The nation’s estimated population on this July Fourth.

In 2011, the dollar value of U.S. imports of American flags. The vast majority of this amount

Dollar value of U.S. flags exported in 2011. Mexico was the leading customer, purchasing

Dollar value of shipments of fabricated flags, banners and similar emblems by the nation’s manufacturers in 2007, according to the latest published economic census statistics.

The value of U.S. manufacturers’ shipments of fireworks and pyrotechnics (including flares, igniters, etc.) in 2007.

Thirty-one places have “liberty” in their names. The most populous one as of April 1, 2010, was Liberty, Mo. (29,149). Iowa, with four, has more of these places than any other state: Libertyville, New Liberty, North Liberty and West Liberty.

Thirty-five places have “eagle” in their names. The most populous one is Eagle Pass, Texas, with a population of 26,248.

Eleven places have “independence” in their names. The most populous one is Independence, Mo., with a population of 116,830.

Nine places have “freedom” in their names. The most populous one is New Freedom, Pa., with a population of 4,464.

Five places have “America” in their names. The most populous is American Fork, Utah, with a population of 26,263.

Ranking of the frequency of the surname of our first president, George Washington, among all last names tabulated in the 2000 Census. Other early presidential names that appear on the list, along with their ranking, were Adams (39), Jefferson (594), Madison (1,209) and Monroe (567).

The British are Coming!_

Dollar value of trade last year between the United States and the United Kingdom, making the British, our adversary in 1776, our sixth-leading trading partner today.

The chance that the hot dogs and pork sausages consumed on the Fourth of July originated in Iowa. The Hawkeye State was home to 19.7 million hogs and pigs on March 1, 2012. This estimate represents almost one-third of the nation’s estimated total. North Carolina (8.6 million) and Minnesota (7.6 million) were also homes to large numbers of pigs.

Total production of cattle and calves in Texas in 2011. Chances are good that the beef hot dogs, steaks and burgers on your backyard grill came from the Lone Star State, which accounted for about one-sixth of the nation’s total production. And if the beef did not come from Texas, it very well may have come from Nebraska (4.6 billion pounds) or Kansas (4.0 billion pounds).

Number of states in which the value of broiler chicken production was estimated at $1 billion or greater between December 2010 and November 2011. There is a good chance that one of these states — Georgia, Arkansas, North Carolina, Alabama, Mississippi or Texas — is the source of your barbecued chicken.

Potato salad and potato chips are popular food items at Fourth of July barbecues. Approximately half of the nation’s spuds were produced in Idaho or Washington state in 2011.

*Editor’s note: *The preceding data were collected from a variety of sources and may be subject to sampling variability and other sources of error. Facts for Features are customarily released about two months before an observance in order to accommodate magazine production timelines. Questions or comments should be directed to the Census Bureau’s Public Information Office: telephone: 301-763-3030; fax: 301-763-3762; or e-mail: