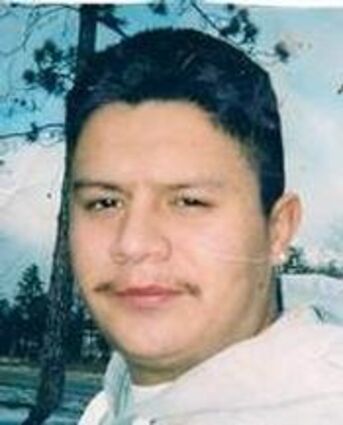 Traditional Funeral services will be at 10:00 am Thursday, June 21, 2012 at the Redby Community Center in Redby with spiritual leader Allen Hardy. A wake will begin at 7pm Tuesday, June 19th at the Redby Community Center and will continue until the time of the services. Interment will be at the Fox point Cemetery in Redby under the direction of the Cease Family Funeral Home of Bemidji.

Curtis was born Dec. 12, 1985 in Bemidji, Minnesota, the son of Brian Ward and Bonita Johnson. He was raised and educated in Red Lake and Bemidji. He attended school in Red Lake, Bemidji and the Bug O Nay Ge Shig school. He was a PCA for his grandma, worked at the Bingo Palace Casino and was a HVAC tech in Minneapolis for a time. He came back to Red Lake where he was a security guard for Seven Clans Casino. He enjoyed playing and watching sports especially basketball, cooking, being outdoors, fishing, and swimming. He was a great handyman, and was able to fix almost anything. He had a great sense of humor, and making his family and friends laugh. He loved most of all being with his children and family and friends.

He was preceded in death by his grandparents Truman and Alvina Beaulieu and great grandparents – Isaac and Eliza Johnson 3 cousins- Donovan Johnson, Patty Johnson and Morris Beaulieu, Jr.