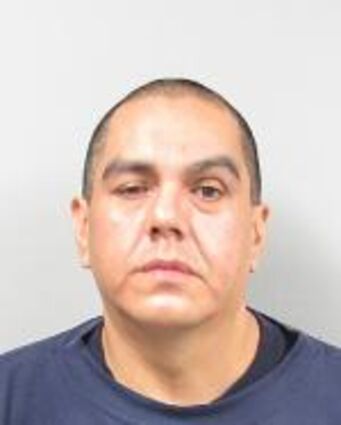 BEMIDJI – A 39-year-old Puposky man stands accused of using a nylon webbing belt to strangle a woman in an effort to secure her consent for sexual relations.

The maximum penalty for the assault charge is three years in prison with a $5,000 fine. The maximum for the threats charge is five years and a $10,000 fine.

Luedecke was arraigned Tuesday before Judge Shari Schluchter. Bail was set at $15,000 with conditions and $10,000 without conditions, but he is being held without bail as he is suspected of violating probation on a previous DWI conviction.

Luedecke requested a court-appointed attorney. His next court was set for 9 a.m. Monday.

According to the criminal complaint:

Luedecke is accused of using a nylon webbing belt to strangle a woman he knew in an effort to secure her consent to have sexual relations with him.

The Beltrami County Sheriff’s Office responded to a call at 12:42 a.m. Saturday by a relative of the alleged victim who reported on her behalf that she had been assaulted. The alleged victim confirmed to deputies that Luedecke had assaulted her Friday night.

Deputies went to Luedecke’s residence on the 10900 block of Lumberjack Road, where he would not respond to law enforcement and barricaded himself in the bathroom.

The owner of the property allowed deputies into the home and Luedecke was arrested.

En route to Beltrami County Jail, he allegedly threatened the transporting deputy and members of his family, saying that he could evade the law by hiding out in Mexico.

A preliminary breath test indicated that Luedecke’s blood-alcohol content was more than .23.

The female victim went to Sanford Bemidji Medical Center and provided law enforcement with a statement on the alleged assault.

The belt was recovered for forensic analysis.

Luedecke, in a statement, told investigators that he and the woman had argued that evening, but that they reconciled to the point where they engage in consensual sexual activity.

He assaulted an elderly lady and her husband in Seward in a drunken fit.

This man is now in Seward, AK working at The Breeze Inn. Police have been in contact with him and stated he has warrants for his arrest in Beltrami County, MN, BUT THAT COUNTY REFUSED EXTRADITION! Whomever his victim was on those warrants needs to know that his whereabouts are known and that person will have to fight to get him extradited. Do not allow him to run free!