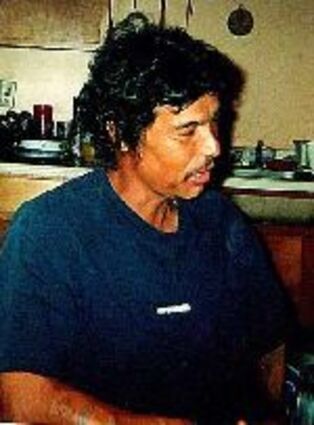 He was born on November 26, 1964 in Bemidji, Minnesota the son of Roger Ravensborg and Francis (Rushman) Smith.

Roger was self employed as an auto mechanic and logger.

Roger loved fishing, hunting and particularly being with his children and grandchildren. He enjoyed giving them nicknames and always had one of them on his lap. He was always busy, but never to busy to find time for family and friends.

Roger also liked working on cars and small engines. He and Ardella liked traveling to the casino.

Traditional Funeral Services for Roger were held on Wednesday, June 6th, 2012 at 11:00 A.M. at The Redby Community Center. Interment followed at the family Resident Cemetery on the Red Lake Reservation.

All night wakes were held at The Redby Community Center on Monday, June 4th and Tuesday, June 5th beginning at 5:00 P.M.

The Chilson Funeral Home in Winsted , Minnesota served the family. Online condolences may be made to http://www.chilsonfuneralhome.com