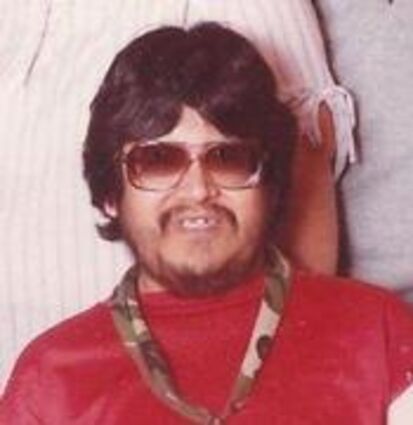 Levi Bruce Johnson, 61, of Red Lake, MN whose indian name was bezhaakwananii which means "one striped wing feather", died on May 29, 2012 at the Sanford Medical Center in Fargo, North Dakota.

Traditional Indian Services will be held at 10 A.M. on Saturday, June 2, 2012 at the Ponemah Community Center in Ponemah, Minnesota with Spiritual Leader Steven Jackson officiating. A wake will begin on Friday, June 1 in the afternoon at the Ponemah Community Center and will continue until the time of services. Burial will be in the Family Burial Grounds in Ponemah, Minnesota. Arrangements are with Cease Funeral Home of Blackduck.

Levi was born into the Eagle Clan on June 13, 1950 in Red Lake, the son of Rufus and Ethel (Bugg) Johnson. He attended school in Ponemah and Red Lake. He graduated from Red Lake High School in 1968. He worked for Ponemah Headstart for 20 years until he had to quit because of health reasons. He enjoyed spending time with his family and friends. He always had a good sense of humor and his door was always open to family and friends. He also enjoyed attending pow-wows, going to casinos, basketball games, playing cribbage, bingo, and going for rides,especially when he lived at the Jourdain Perpich Care Center.

He is survived by 2 brothers, Lloyd (Darlene) Johnson of Ponemah, and Rudy Johnson of Bemidji, MN; his sister, Margaret Crowe of Ponemah; and numerous nieces and nephews. He was preceded in death by his parents; 3 brothers, Dellis, Patrick and Virgil Johnson; and 1 sister, Jeanette Johnson.