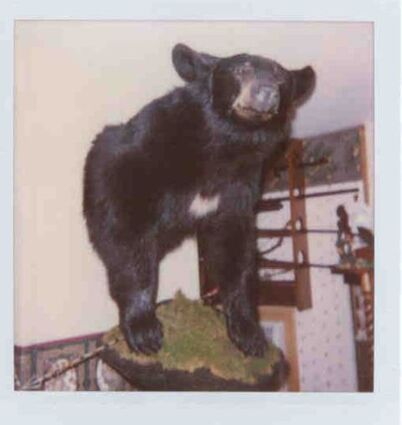 The Beltrami County Sheriff’s Office recently received a report of a storage unit burglary that occurred sometime over the winter of 2011-2012. The storage unit, located near Blackduck, showed no signs of disturbance, however two unusual wild game mounts were missing. The owners found these items missing when they checked the storage unit this month.

A full bust mount of a whitetail deer with an atypical rack was taken. The 8 point buck was shot with an arrow in 1995. The right pedicule of the antler had been broken and healed crooked with a distinct droop. 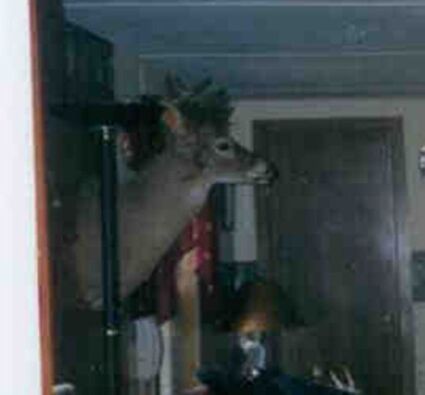 The second missing item was a ¾ black bear mount, with the shoulder, mid-front and front legs, all on a slice of tree with moss. This was shot with an arrow in the late 90’s.

Both of these mounts have great sentimental and monetary value to the owner, who lives in Waskish. She has fond memories of the hunts and would appreciate the return of these items.

Attached to this news release are pictures of these two mounts. We are asking for the public’s help in locating these items. We will also link this story to additional pictures on the Beltrami County web site, http://www.co.beltrami.mn.us. If you have knowledge of the whereabouts of these two mounts, please call our office at 218-333-9111 and refer to case #SO-12006641.