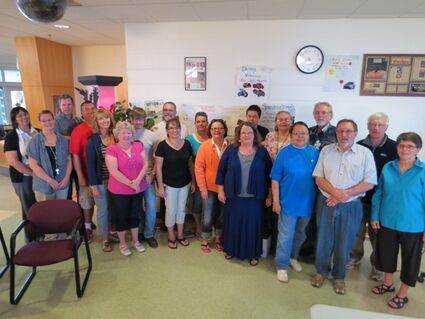 A retirement Open House in Honor of Diane Schwanz was held on Thursday, May 10th at 5:00 p.m. in the High School Foyer. 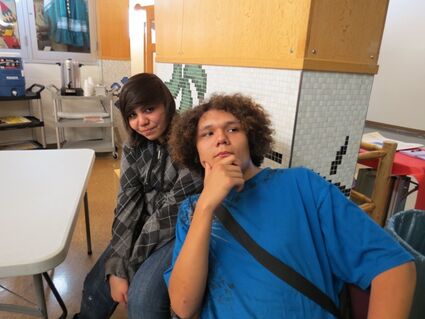 Stories were shared, as well as a collection of photographs from her 33 years at Red Lake, and her critically acclaimed videos from Project Preserve--one of which she played one of the characters and was put in jail for selling USDA Commodity cheese.

Diane has touched the lives of many in the Red Lake community and elsewhere. Former and present students, staff and many friends enjoyed some good food and wished her well.

She was also very instrumental in the Indian Teaching Program, as well as Upward Bound with Bemidji State University.

Diane will be missed, as well as difficult to replace.

She said she wasn't really retiring, either, and that after about a year, she would be doing some part time work in the area.