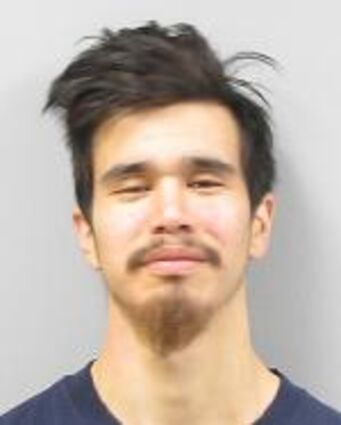 On April 30, 2012 at approximately 6:35 pm, Red Lake Law Enforcement received a report of a reckless driver near the community of Redby and upon locating the vehicle a high speed pursuit ensued to an area just south of Redby on the Green Lake Road. The vehicle contained four occupants and two of the occupants fled on foot when the vehicle came to a rest and the other two were immediately taken into custody. The other occupants were chased by Red Lake Law Enforcement Officers and apprehended after a short foot chase.

The occupants who fled on foot were apprehended by police and identified as Jason Lee King, age 21, and Andrew Oakgrove, age 22. King had altered his appearance. King was a subject of a Beltrami County Manhunt on February 21, 2012 when he escaped from custody while being escorted from the Beltrami County jail just before 1 p.m. on that date. He was alleged to have stolen a pickup from Bemidji and made his way up to Red Lake and was spotted by a Red Lake Officer who gave chase towards the community of Redby. He eventually crashed on South Railway Road and fled on foot into the woods and was not located. The Red Lake Department of Public Safety, the US Marshal’s service, FBI, ATF and Beltrami County continued to search for King for several months prior to the arrest.