Facility will also serve as the new Ponemah Center 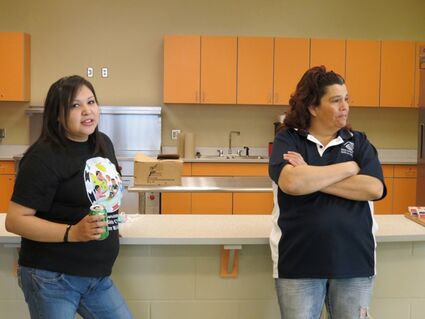 On Monday, April 30, 2012, the new Ponemah Boys and Girls Club held grand opening ceremonies at their new facility in Ponemah.

About 300 were in attendance at the event, which featured tours of the new facility, honor songs by the P-Town Boyz, speakers Floyd Jourdain Jr., Red Lake Tribal Chairman and Ponemah Representatives Glenda Martin and Gary Nelson, a feast of walleye fingers, and prize drawings.

“This is a 3 million dollar project that was a long time in coming,” Chairman Jourdain said during his address.

And for the Ponemah Community, it would serve several purposes, as well as finally give the Ponemah Boys and Girls Club a permanent home.

“Today is really a good day,” Jourdain said. “This is a nice addition to the Ponemah community—the District. The next project we’re looking forward to do is building the new Skatepark. We’re not able to do the SkatePark this summer, but we’re looking at getting the resources to do that next year.”

Chairman Jourdain, who also serves as a board member on the Red Lake Boys and Girls Club, said the building was a beautiful facility and one of the most high-tech buildings on the reservation, complemented by geothermal heating and solar panels.

The Boys and Girls Club will also share the facility with the Ponemah Community.

“The community will be able to use this facility for a variety of purposes,” he said. “and we’re really happy for everybody today. So enjoy your facility.”

Representative Martin thanked everyone for being there and said she was proud of the building—and that the building was not yet fully completed. There were other plans the community was working on.

Representative Nelson said there were many people involved in the planning of the building, and thanked those involved in that, and for everyone to enjoy the facility.

According to a tribal news article in August 2011, a collaborative community master plan process was then implemented with the help of DSGW Architects of Duluth, MN. The plan concluded that the Ponemah community would benefit from a community space for cultural gatherings, activity space for youth, a library and a technology resource center. The new center would feature a multi-purpose gymnasium with ceremonial North and South Entrances, and will provide community gathering space for wakes and funerals.

Other plans include a library, and Head Start and Day Care Center.

“The building is designed to maximize energy efficiency by utilizing solar technology, water heated panels, and geothermal heat pumps to heat and cool the building,” Red Lake Chairman Jourdain is quoted as stating in his 2011 State of the Band Address.. “Strategically placed windows will maximize daylight interior lighting which results in energy efficiency.”

The construction of the facility, managed by Red Lake Builders, was being completed in two phases:

2. Phase B includes an activity center, library, technology center and kitchen for the Boys and Girls Club. Block work is complete on Phase B, and Bar Joist and metal decking are currently being installed. The project was completed on schedule. 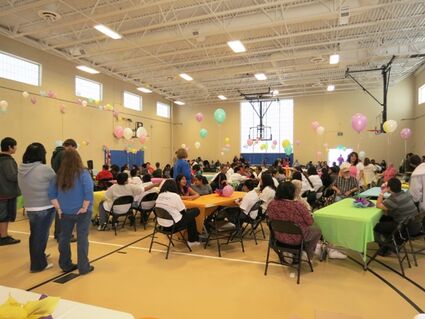 In an interview by Mike Meuers, Representative Martin said that “the completed facility will host not only the Boys and Girls Club and the Ponemah Community Center, but also a Library, Head Start, Social Services, Elderly Nutrition, Day Care, and even a Judicial Court. With a full gymnasium, library, computer room, kitchen, activities room, tech room, and full kitchen, the Center will meet the needs of community members of all ages. And 'all' is shared space between the community and the boys and girls club."