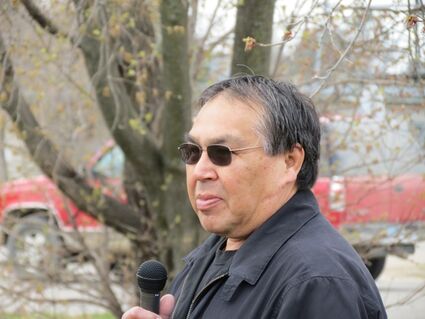 It took a few years, a lot of planning and a lot of patience by skateboarders, but Red Lake will soon have a beautiful skate park located along the main street of Red Lake and near the High School. Skateboarders currently utilized part of the Red Lake High School parking lot for their skateboarding.

In just a few more months that they will have their own Skate Park.

Groundbreaking ceremonies were held on Monday, April 23, 2012 at noon with a pipe ceremony by Spiritual Leader Larry Stillday, honor songs, and remarks by Chairman Floyd “Buck” Jourdain, Jr., Red Lake Representative Donald “Dudie” May, Sam Strong and Margueritte Secola of the Economic Development Program, Douglas Miles of Apache Skateboards, and students of the Red Lake Youth Council—who took part in all phases of the planning for the skate park.

Originally, the plan was to build two skate parks, one in Red Lake and one in Ponemah, but the Ponemah Park was put on hold until a later time. The original plan was also for a 10,000-15,000 square foot park for Red Lake, but it was trimmed down to 7,000 square feet.

Surveys and meetings took place with local skateboarders and Red Lake’s Economic Development team, where the overall consensus was to build a street plaza style park with one or two bowl-like elements. 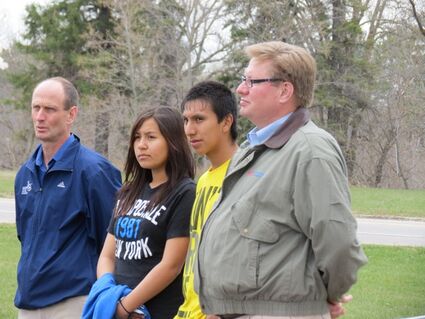 Street plaza parks are the favorite of the vast majority of skaters and they are designed to emulate and improve upon the street skating experience. Obstacles in a street plaza are styled to look like natural street terrain such as stairs, railings, planters and benches. Skaters will push off with their feet to gain momentum in a street plaza.

The team utilized Douglas Miles of Apache Skateboard of San Carlos, Arizona as a consultant throughout the process, providing drawings and designs for the park.

As part of an initiative to engage the community’s youth in activities and promote healthy lifestyles, the funds for the project came from a grant from the Shakopee Mdewakanton Sioux. The grant also includes renovations to the Red Lake Basketball Courts.

Construction will begin the first week of May, with estimated completion time in September 2012.