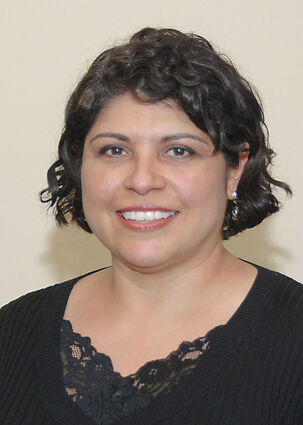 WASHINGTON – Bureau of Indian Affairs Director Michael S. Black today announced that he has named Hankie Ortiz deputy bureau director of the BIA’s Office of Indian Services at the bureau’s headquarters in Washington, D.C. Ortiz is an enrolled member of the Kiowa Tribe of Oklahoma with Caddo and Comanche ancestry as well. She had been serving as director of the Office of Tribal Self-Governance at the Indian Health Service (IHS) since September 2007. Her appointment with the BIA became effective on March 26, 2012.

“I am pleased that Hankie has accepted this challenging opportunity to lead the BIA’s Office of Indian Services,” Black said. “Her background as an experienced senior executive is proven and extensive. Her knowledge and experience in management from her previous work with tribes at the Indian Health Service makes Hankie a strong addition to my team.”

“I am happy to have the opportunity to become a member of a progressive and vital agency like BIA,” Ortiz said. “I am looking forward to working with Director Black and Assistant Secretary Echo Hawk in carrying out the BIA’s trust responsibilities and services to the tribes.”

Ortiz began her federal career the IHS’s Office of the General Counsel (OGC) in Rockville, Md., in 1997 where she analyzed legal issues and applied legal principles to advise the IHS director and other headquarters staff. In June 2000, she became the Assistant Regional Attorney in the OGC. In that capacity, she provided legal advice to the IHS as the lead attorney for the agency’s Phoenix Area and the California Area on legal issues related to health care in the broadest sense and represented IHS headquarters and areas in litigation.

In July 2006, she took on dual duties as the director of the Division of Regulatory Affairs (DRA) and acting deputy director of the Office of Management Services (OMS). Her positions later switched she became the acting director of DRA and the OMS deputy director. Both positions involved significant duties ranging from serving as the liaison with the OGC on such matters as litigation, regulations, and related policy issues to overseeing day-to-day operations relative to the administrative, personnel, and fiscal functions of OMS, including monitoring OMS budget expenditures, personnel levels and contractor costs, and workflow between nine OMS divisions and staffs.

Ortiz became director of the IHS Office of Tribal Self-Governance in September 2007. Her primary responsibility was for the Indian Self-Determination and Education Assistance Act (ISDEAA) as it pertained to the IHS Tribal Self-Governance program. She served as the principle advisor to the IHS director on tribal self-governance issues and as an effective proponent for tribal governments within the agency on the development and implementation of federal self-governance policy in accordance with IHS priorities.

The deputy bureau director of Indian services reports to the director of the Bureau of Indian Affairs and is responsible for all headquarters activities associated with support for tribal people and tribal governments by promoting safe and quality living environments, strong communities, self sufficient and individual rights, while enhancing protection of the lives, prosperity and well being of American Indians and Alaska Natives. The Office of Indian Services oversees the Division of Human Services, the Division of Self-Determination, the Division of Transportation, and the Division of Tribal Government Services