Red Lake’s Gerald Kingbird is No. 17 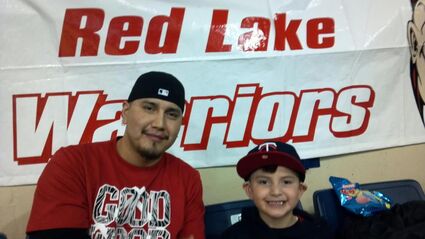 Seven time zones away in Croatia, Khalid El-Amin can still see the rainbow shot that looked like it was headed for the ceiling of the old St. Paul Civic Center.

His desperation three-pointer from well beyond the arc fell from the heavens and into the hoop just after the final horn to give his Minneapolis North boys basketball team a 67-65 victory over St. Thomas Academy in the state tournament quarterfinals on March 21, 1996. It gave him 41 points, including 27 on nine three-pointers, and triggered a famous victory leap onto media row that sent the crowd into a frenzy.

"That victory celebration was not premeditated; I swear it wasn't,'' El-Amin said with a laugh during a telephone interview in January. "I didn't mean any disrespect to anybody. There was just so much adrenaline and joy for hitting that shot. I felt the joy of the whole Minneapolis North community, the whole world, actually, at that very moment. I can see it all unfolding in my mind just like it was yesterday.''

Though El-Amin, 32, now playing in Croatia, is in his 12th season as a professional, his high school basketball memories remain embedded in his heart and mind.

In three state tournament appearances, El-Amin was virtually unstoppable in leading the Polars to three championships. A varsity starter as a 14-year-old freshman, he led the Polars to two championships in the Sweet Sixteen format and the first big-school championship in the four-class format.

and slick playmaker, heads the Pioneer Press' Top 100 - the best players in state boys basketball tournament history - in conjunction with the 100th state tournament, which runs Wednesday, March 21, through Saturday at Target Center at Williams Arena.

El-Amin started his basketball career as a manager at North as a junior high student before earning McDonald's All-America honors as a high school player and helping Connecticut to an NCAA championship in 1999.

"When I am home, I am always

around North High School,'' he said. "I go by those trophy cases and see those (championship) banners in the gym, and I let my mind wander. I never knew the effect I had on the Minneapolis North community. I only knew the effect that the community had on me. Playing well and being a good person was my way of giving back to a community that I love. When I go to the school and I hear the whispers, see the smiles and the fingers pointing at me, saying, 'Hey, do you know who that is?' it makes me feel good that I helped do something special.''

Dubbed a David-and-Goliath matchup, Staples-Motley, powered by playmaking guard Blaine Joerger, put the Polars on their heels with a barrage of three-pointers. Though Joerger outscored El-Amin 28-17, North edged Staples-Motley 54-52.

"I was getting all of the attention, but I think Blaine was the best player in the state that season; he was a terrific talent,'' El-Amin said.

"Khalid was only a sophomore when I played against him, but the composure he showed was unreal,'' said Joerger, who went on to star at Minnesota State Mankato and is now a college and high school basketball referee. "There was no doubt that he was in charge of his team. You could tell he had the 'it'' factor that would make him a great player.''

Coincidentally, El-Amin played part of a season in the Continental Basketball Association for Joerger's brother Dave, who was head coach of the Dakota Wizards in Bismarck, N.D. Dave Joerger is now the top assistant with the NBA's Memphis Grizzlies.

El-Amin, the 1997 Mr. Basketball in Minnesota and then the Big East Conference rookie of the year in his first season at UConn, entered the NBA draft and was selected in the second round by Chicago.

"I was blessed to be able to play basketball at a high level in Minnesota and beyond,'' El-Amin said. "I would like to think I got to where I am because of all of the hard work I put into the game.''

Here is the rest of the Pioneer Press Top 20:

3. Jim McIntyre, Minneapolis Patrick Henry, 1944, '45: He powered the Patriots to a 48-2 record over two seasons and two state championships. He averaged 28.7 points per game in the 1944 tournament and then made a record 42 field goals in three tournament games the next season.

6. Barry Wohler, Bird Island-Lake Lillian, 1980-81: One of the most versatile athletes in Minnesota high school history. Led prep football and basketball teams to consecutive state titles. One of three Minnesota prep athletes to be invited to all-star games in three different sports: Dave Winfield and Joe Mauer are the others. He coached Orono to the Class 3A boys basketball crown last season.

8. Cody Schilling, Ellsworth, 2006, '07, '08: Averaged nearly 30 points per game over three state tournaments in leading Ellsworth to two Class A titles and a runner-up finish. The Panthers won back-to-back titles in 2007 and '08. Finished his high school career with a then-record 3,428 career points.

9. Terry Kunze, Duluth Central, 1961: Rallied the Trojans from five points down in the final minute to win the state championship. He was the first Minnesota player to dribble behind his back. A great outside shooter, he went on to play for the Gophers and the St. Louis Hawks of the NBA.

12. Tom Nordland, Minneapolis Roosevelt, 1956, '57: One of the purest shooters in state history, he led the Teddies to a 47-3 record over two seasons and two state championships. He averaged 27 points per game his senior season.

13. Lawrence McKenzie Jr., Minneapolis Patrick Henry, 2000, '01, '02, '03: A gifted scorer and playmaker, he was a vital part of three of the Patriots' four consecutive Class 3A championships and a combined 114-12 record in that span. Played collegiately at Oklahoma and with the Gophers.

14. Mark Landsberger, Mounds View, 1972: Led the Mustangs to the Class AA title before winning NBA titles with the Los Angeles Lakers in 1980 and '82. Averaged 17 rebounds per game in the state tournament.

15. Ben Johnson, DeLaSalle, 1997, '98, '99: An elite player who made open shots and clutch plays in a three-tournament run that produced two championships and a runner-up finish. Averaged more than 20 points in nine state tournament games.

16. Blaine Joerger, Staples-Motley, 1995: "One of the toughest players I've ever faced,'' Khalid El-Amin said of Joerger. He scored 14 of his 24 points in the fourth quarter of the championship game. Averaged 25 points per game.

17. Gerald Kingbird, Red Lake, 1997: In one of the wildest games in state tournament history, the sophomore rallied the Warriors from an 18-point deficit with four minutes to play against Wabasso in the semifinals. He scored 19 points in the fourth quarter, including 13 in the final 1:15 in an overtime loss.

20. Jim Fritsche, St. Paul Humboldt, 1949: Powered Humboldt to the single-class state championship by averaging 23.3 points per game. Was drafted by the Minneapolis Lakers after playing at Hamline University. 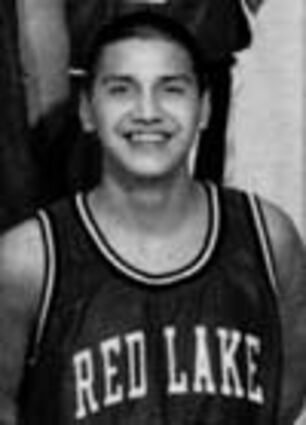